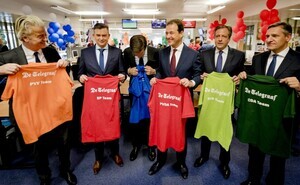 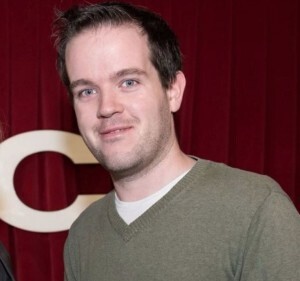 The Netherlands heads to the polls on Wednesday with 2017’s first test of the wave of populism that dominated 2016.

So far, the main international headlines concerning the Dutch general Election deal with the potential electoral comeback of the far-right wing PVV under the leadership of their founder, Geert Wilders.

Staunchly pro-Israel, and pro-US (particularly under its new management), strongly anti-immigrant and anti-elitist, Wilders’ brand of populism has many echoes of the rise of UKIP, the Front National and Donald Trump.

Wilders is seldom vague in his rhetoric- frequently branding whole groups of emigrants as “Moroccan scum” and referring to Islam as the “ideology of a retarded culture”.

It should be remembered, however, that no opinion poll taken this year has seen his party on more than 23% of the vote and that the more recent polls see them as unlikely to be the largest party.

This brings us to the real story in Dutch politics in recent years.

There has been a kind of Balkanisation in the wake of the decline of both the centre-right VVD and the centre-left Pvda which has led to a mushrooming in small and single issue parties that opinion polls indicate may make forming a government after the election supremely tedious.

The political pallet is vast.

Worth watching is the rise of the radical liberal party, D66. A smaller party, with several stints in government under its belt over the past 40 years, they can claim credit for some of the more liberal reforms post war Holland is famous for including euthanasia, drug decriminalisation and same sex marriage.

The party is currently expected to take as many as 20 seats and a swing between now and polling day coupled with their centrist position economically could theoretically leave their leader as the first ever D66 prime minister.

Perhaps more radical if much less likely would be the prospect of the Dutch electing the world’s first Green Prime Minister in the form of Jesse Klaver, a 30 year old family man with Indonesian and Moroccan heritage who is expected to bring his party from four seats to the low 20s.

Given that the next government may involve up to five parties, the process of government formation is in itself is worth examining.

The Dutch monarch appoints an informateur, who – and this could prove to be crucial – may be an MP or senator from any party, who then begins negotiations between potential partners while keeping the King informed in a process that has long been criticised for its secrecy. As this is the 1st election since his mother’s abdication in 2013, it will be interesting to watch how King Willem-Alexander approaches this process.

This election is probably the most unpredictable I have come across in sometime and I include everything 2016 has put us through when I say that. One poll over the weekend suggested that there may be as little as 6% between the top six parties.

Given how badly I performed on these pages when examining the Irish election and the Brexit vote last year I won’t dare make a prediction. But I do think the result may very well set the tone for elections for the rest of 2017 with consequence for France and to a lesser extent Germany. 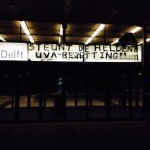 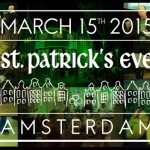 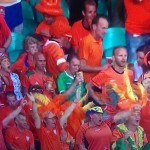 32 thoughts on “Tilting At Windmills”