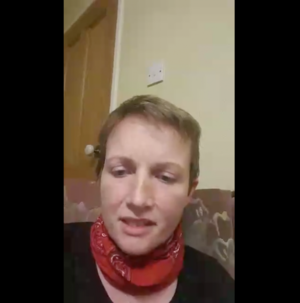 Next Wednesday, March 29, a protest will be held outside the Dáil in support of People Before Profit Gino Kenny’s Cannabis for Medicinal Use Regulation Bill.

The planned protest follows Vera Twomey’s walk from Cork to Dublin to highlight how her seven-year-old daughter Ava cannot legally access medical cannabis containing THC – the substance in cannabis which gives people a ‘high’ and is illegal.

Ava has Dravet Syndrome which causes her to suffer severe multiple seizures daily.

After walking to Dublin, Ms Twomey held a four-hour meeting with the Minister for Health Simon Harris, during which she was presented with several options.

On Sunday night, Vera explained what these options are in a Facebook live video and summed up where her family stands now.

“The second option would have been then the private neurologist who went to great lengths, I can only say great lengths to try and source an avenue for us to go down. We were offered the opportunity to travel to Canada – to meet with a consultant over in Canada who would prescribe and then possibly the overseeing of that could have gone on within Ireland. But I mean, unfortunately, for our family, our child is not stable enough – in spite of the fact that she’s made great progress – she’s not stable enough to go on a long-haul flight to Canada or anywhere else.”

“Four then, is the compassionate access programme which, I mean, I don’t whether you guys are as shocked as I am by this, but the consultants describe the compassionate access programme as completely unworkable and it’s not possible for any consultant to successfully put in an application for a patient because of the legal situation surrounding the THC part of the treatment. There won’t be any consultant, neurological or otherwise, from what I have been told by senior physicians that will be able to put forward this application, even if they wanted to.”

“Finally, the final option is legislation. So it seems that, after our meeting above in Dublin with Simon Harris and his people that the only alternative out there for people like us is to fight for legislation in this country because the neurologists are saying… and actually I feel very, I feel very sympathetic towards their situation because it is not the neurologists’ fault that they can’t prescribe this – it’s the law and it’s the law that has to change. And it’s the law that needs to change as urgently as possible.”

“I would just like ye to know it’s very hard to come out on the computer like this and to be telling you all about it because I wish I had good news but I haven’t. And I just, I really hope lads that, you know, when it comes to the 29th of March, or when it comes to next month, or the month after that, that you won’t forget about Ava. Because we are really up against a very, very… we are up against the Government I think. And the whole thing is so wrong.”

“And I put up on Facebook, if you’d like to see it tonight, the Oireachtas report which was on a number of weeks ago where the HPRA were discussing the narrow guidelines and all the other information and the thing is: the evidence is out there. You know the evidence is all across Europe. It’s all across Canada, it’s all across the world: that medicinal cannabis works. But the Government don’t want to accept it. And I don’t know how we’re going to change it but just, would you please stay with us because, we really need the support of every one of ye out there or otherwise because I don’t think any of us are ever going to get what we need.

“Please, feel free to share this and please, if ye can, I know there’s buses and everything being organised all around, in different places but the protest, the peaceful protest above outside the Dail is on the 29th of March [Wednesday], it’s going to be at 5pm but if you want to be there earlier than that, I’ll be there anyway, I’ll stand with everyone above there, I’ll be proud to stand with everyone above there, for the sake of our families and I, again, just the endless support that we’re receiving, we really, really appreciate it. Thanks everybody.” 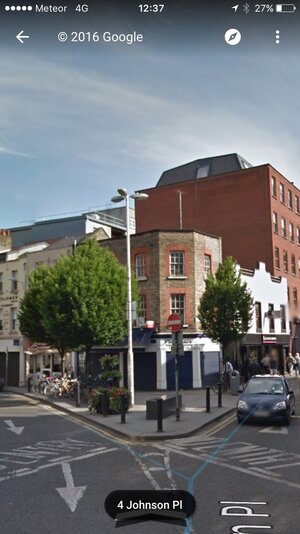 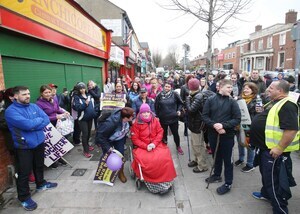 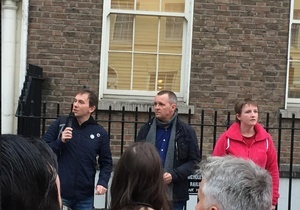 ‘Pick Up The Phone And Ring’