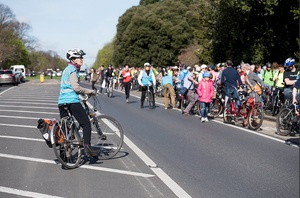 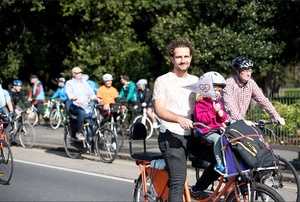 Hundreds of cyclists took to the  streets to highlight the need for a safer cycle infrastructure.

The event, organised by Dublin Cycling Campaign, involved more than 500 cyclists of all ages and abilities riding their bikes from the start point in the Phoenix Park all the way to the Point Village in Dublin’s Docklands.

Cycling has been in the news for the wrong reasons recently with five cyclists losing their lives on Irish roads in the first three months of this year.

A further ten cyclists died in the Republic of Ireland in 2016 and this worrying trend of cyclist fatalities has highlighted the need for proper, safe cycle infrastructure such as the proposed Liffey Cycle Route.

Dublin Cycling Campaign’s vision is for a vibrant, living city where everyone can safely enjoy everyday walking and cycling. 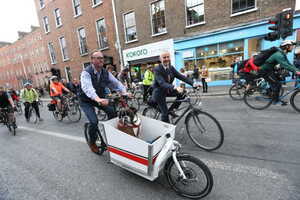 61 thoughts on “A Safe Lane Change”