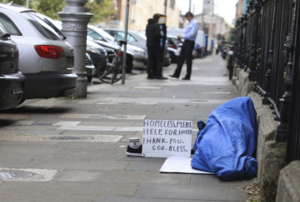 New official figures published today show that the number of rough sleepers in the Dublin region is 35% up on the same period last year.

There were 138 people sleeping rough in the Dublin region during this year’s spring count – the highest ever recorded for this time of year.

It is also only slightly down on the last winter count, despite 210 new hostel beds being provided since then.