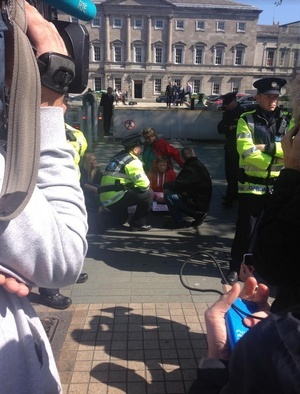 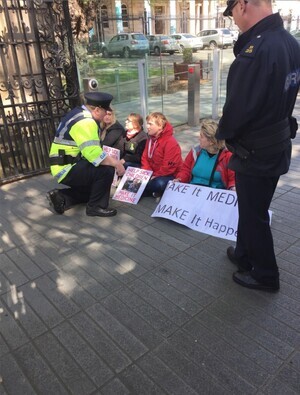 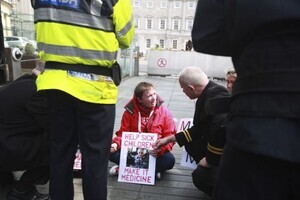 Vera Twomey and supporters on a a 24-hour sit-in to highlight the lack of availability of medicinal cannabis.

Last month, Ms Twomey walked from Cork to the Dáil, to highlight her daughter Ava’s need for THC-based cannabis oil to battle seizures.

Two weeks ago, she was stopped at Dublin Airport with oil purchased with a prescription in Spain for Ava, who lives with a rare form of epilepsy called Dravet Syndrome and suffers multiple seizures a day.

Minister for Health Simon Harris has asked a panel of doctors to draw up guidelines on how medicinal cannabis can be prescribed in Ireland.

WATCH: Vera Twomey removed from her sit down protest by Gardai pic.twitter.com/xwqrURooHy

‘Pick Up The Phone And Ring’

17 thoughts on “Not Going Away”