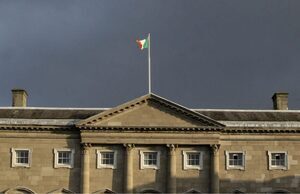 Traditional decision making immediately casts aside those whose views haven’t convinced. Engagement should be more than a one off process.

In the sadder half hours of my life, I listen British political programmes on BBC4. Earlier this week I heard a Labour Party MP (the who is irrelevant) state that “the people are always right’.

Especially if when making such decisions, we are always divided, often deeply so.

That Labour MP was merely repeating what many believe to be a fundamental truth, a truism grounded in ‘common’ sense. That phrase, for all its homespun attachment, has in its overuse become an oxymoron, rarely ever being common or sensible.

Every decision made should be subject to review, analysis and ongoing criticism. Neither does this mean that, on being made, decisions should be treated dismissively. All such decisions are valid at the time and in the context they have been made.

Those who have lost such arguments are not necessarily wrong, what they have failed to do is be able to convince at that particular time.

What we should be doing is giving consideration to weighted majorities, with built in review mechanisms. This, I believe, will help better decisions be made, while also getting such decisions implemented more quickly.

Traditional decision making immediately casts aside those whose views haven’t convinced. Engagement should be more than a one off process.

In the early days of The Greens in Ireland, we experimented with consensus decision making. It was deeply frustrating, a charter for those whose self-identity is wrapped up in their ability to create havoc. Those type of activists now have more comfortable political homes in which to indulge their persistent negativity.

But naysayers are not the only result of consensus decision making. For all it frustrations, it also gives space to some thoughtful, but minority views, that question the speed and direction of decisions. In ‘straight’ decision making, the views of such individuals tend to get steamrollered over.

The motivations behind any decision should always be questioned. The who benefits and why always kept to the fore.

Democracy is a process not an end in itself. Too often we consider the who whilst forgetting the what, and more particularly the why. We should decide to do something about that. But how?