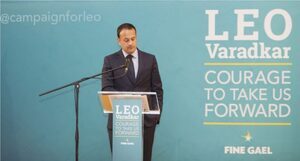 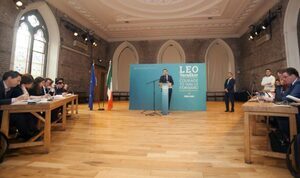 Courage-free Tory Boy cheat us all.

Mr Varadkar mentioned air traffic control as one of the essential public services – as well as transport services such as the Luas – that might be precluded from strike action following a Labour Court recommendation.

In another manifesto pledge, he said he would abolish the “help to buy” scheme for first time buyers if it was shown to increase house prices.

Mr Varadkar said he would replace a key policy of his main rival, Minister for Housing Simon Coveney.

The money saved from scrapping the income tax refund would be used to set up a fund to incentivise older people to move out of larger homes.

‘I Don’t Mind Being Slapped Down’