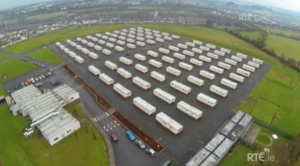 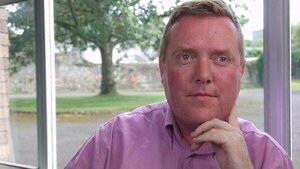 Further to the Supreme Court decision earlier this week.

In which it unanimously decided that the ban prohibiting asylum seekers from work is unconstitutional.

Pope Francis has been called on to visit a direct provision centre during his expected trip to Ireland next year, in order to highlight the treatment of asylum seekers.

Fr Paddy Byrne, a curate in Portlaoise parish who ministers to the residents of the Montague Hotel, a direct provision centre in Emo, said the system is a “scandal” but it is “not on the mainstream political agenda because it is not popular”.

“The culture in Ireland, that was so vociferous in relation to the scandals of the past and how we treated our citizens in mother and baby homes, seems to be taking absolutely no cognisance of the fact that this remains a reality in this Republic in 2017.

“There are mothers and babies imprisoned in horrific conditions, and in the parish where I minister, four miles out the road you have 140 people imprisoned up to 10 years by direct provision,” he said.

“I call upon Pope Francis when he visits Ireland for the World Meeting of Families next year, to visit a direct provision centre. We have to challenge this with dramatic gestures and it would be in keeping with tradition of the Church, our theology and our pastoral care – we need to be out there on the frontline.”

‘They Are Not Starting From A Blank Slate’ 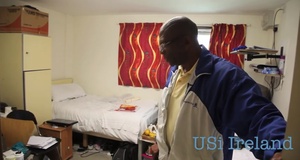 7 thoughts on “‘We Have To Challenge This With Dramatic Gestures’”