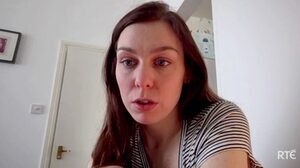 The latest episode of Skype-based series Missing You

On tonight’s episode of Missing You, siblings Romy and Cole Delaney open up about the untimely death of their younger brother Fionn.

Romy (27) and Cole (26) come from a large family in Laois. Their younger brother Fionn died suddenly in October 2015, from a brain haemorrhage. He was just about to turn 19.

Romy, who lives in London, was heavily pregnant with her first child, and wasn’t able to make it home in time before Fionn passed away.

Filming for Missing You in their first year of grief, and in Baby Arlo’s first year, Romy and Cole talk about Fionn, the night he passed, and the call Romy received to tell her the news. In their grief they try hard to focus on the new life in front of them.

13 thoughts on “Staying In Tonight?”