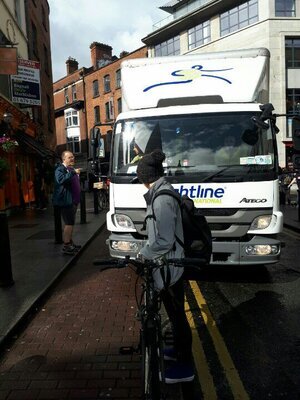 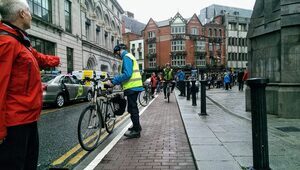 A new group of cycling campaigners, under the name ‘I Bike Dublin’, successfully kept the contra-flow cycle lane on St Andrew’s Street clear for around an hour and a half at rush hour [yesterday] morning.

The lane at St Andrew’s Street is well-known for illegal loading and parking on it, and is an example of chronic inaction by the Gardai and Dublin City Council.

Close to the pre-arranged time to finish the human protection of the cycle lane a truck driver driving a Nightline truck who wanted to park in the cycle lane refused to move and caused a traffic jam back onto Dame Street.

The truck driver would not listen to the cycling group or other motorists who asked him to move on. The cycling campaign group said that other trucks of the same size had passed and there was no issue of blocking the general traffic lane.

The protesters said they moved as it was past the pre-arranged time to finish.

The group has tweeted that it will return to the same location next Tuesday at 4.30pm. 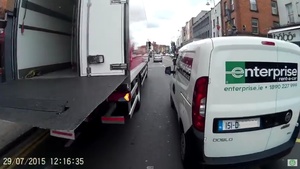 Welcome To The Jungle 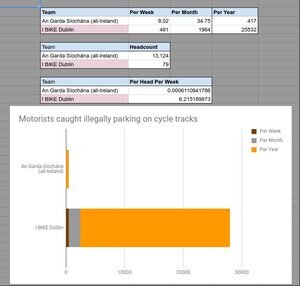 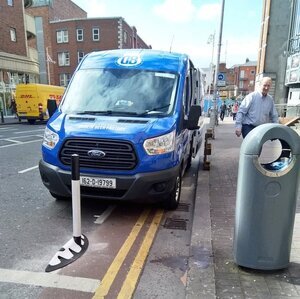 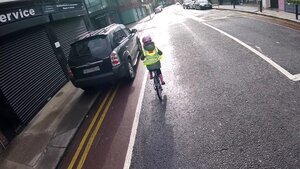 46 thoughts on “I Want To Ride My Bicycle”