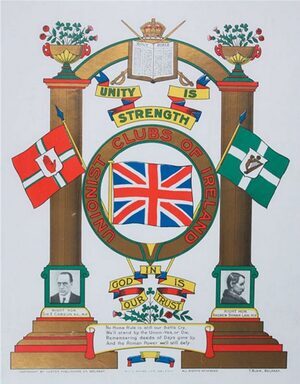 In Britain, two general elections had been held within a short time period of each other. The party in government had sought a stronger mandate. The attempt backfired badly, with that party returning to the parliament in a minority situation. Government would only be possible, if support could be gained from an Irish party.

The year was 1910. The party was the Liberal Party, which would never again win a majority of seats in the British parliament. Its lifeline was provided by the Irish Parliamentary Party, led by John Redmond, leader for almost two decades since the regicide of Charles Stewart Parnell.

The price sought for the Irish Party’s support would be the introduction of a third Home Rule Bill.

After these elections, the main opposition party the Tories, chose a new leader. The job fell to a candidate who was without a large support base in the party, who was thought of as a compromise candidate. He was Andrew Bonar Law, who had an Ulster Scots background.

Already under the Tory tent were prominent Irish Unionists Edward Carson and James Craig. This Tory leadership developed and used tactics, meant to undermine the Home Rule Bill, which over the following century created the conditions that have caused the unnecessary deaths of thousands of people on the island of Ireland.

Under Law’s leadership, spurred on by his unionist friends, Tories talked up the position of Ulster, as being deserving of a special status.

Direct Tory support was offered to initiatives like devising and signing the Ulster Covenant; and the establishment of the Ulster Volunteers, leading to the gun running at Larne.

Each of these measures would/should have been considered treasonous, but because of the support of the main opposition party, they were thought of instead as actions that were necessary in defence of the realm.

The political intent of Law and Irish Unionists was less than certain. The definition of Ulster itself was proving difficult to agree.

Different amendments to the Home Rule Bill suggested the four counties with the largest unionist majorities could opt out. Edward Carson preferred the actual nine counties of Ulster, but no unionist majority existed for that arrangement. The six county formula was settled on, when it assured there would be a guarantee of an overall unionist majority between those counties.

The Home Rule Bill became law in 1914. The Great War intervened. Ireland was set on a course that has determined our political history since.

As leader of the Tories, Bonar Law, also had to deal with perennial Tory preoccupations of free trade and Britain’s relationships with the rest of the World. He stood down as party leader having disturbed much, but achieved little.

Lloyd George’s coalition government continued post war, overseeing the Treaty of Versailles and the Anglo Irish treaty. The coalition fell over a desire for ‘normal’ politics.

Contesting the election would be two Liberal factions and two Tory factions. This allowed Labour to become the main party of opposition for the first time in its history.

The main Tory faction turned again to Bonar Law to become party leader. This saw him become Prime Minister. Due to ill health he would only serve 211 days in office. For this he would receive the soubriquet of the Unknown Prime Minister.

His story is interesting to the extent that the themes that predominated then, continue to do so today. Tory obessions on trade and Britain’s role in the World seem to be as wearily cited as ever.

The willingness of the Tories to lean into Irish politics to vampirically sustain itself, regardless of the consequences, as a political tool to be used whenever desperate times require, remains unchanged over 100 years on. 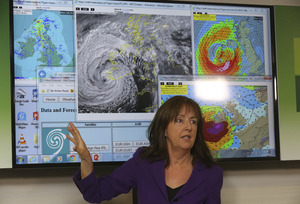 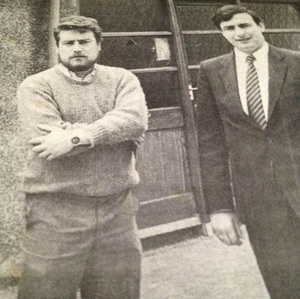 40 thoughts on “The Bonar Law”