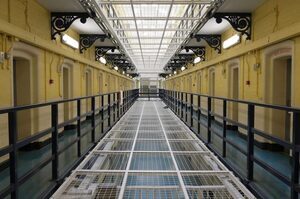 Writer Eamonn Kelly’s investigation of job activation schemes in Ireland prompted him to look at the prospect of another foreign import: prisons for profit.

I remarked in one of the JobPath articles that we here in Ireland enjoyed an advantage in being able to assess the effects of particular trends in Britain, with a two or three-year time lapse before they landed here.

The advantage of foresight we enjoy by looking at developments in social policy in the United States can be counted in the decades.

A story that recently emerged from New Mexico contains a salutary warning for us here in Ireland in our current blind rush into the privatization of public services.

Last week, an article about a US detention services provider called CoreCivic, (formerly Corrections Corporation of America), the second largest private prison operator in the United States, described how the company found itself short of prisoners at one its facilities in Torrance County, New Mexico, after legislative reforms began to dry up the supply of convicts coming on stream.

The company were demanding that the government come up with 300 prisoners within 60 days, or it would close the facility, resulting in 200 job losses.

The company, which has been providing prison services in the area for almost 30 years, and which has been repeatedly sued for various offences, including “sexual harassment, sexual assault, deaths, use of force, physical assaults, medical care injuries and civil rights violations,” is now essentially holding the government to ransom to provide prisoners for its private prison system.

While looking into that story, I came across this article from France, that more than concurs with the thrust of my suspicions concerning the puzzling “criminal” question that was put to Irish Jobseekers in November 2015, as reported in the Irish Sun. (I know, not exactly the paper of “record”).

I hypothesized a scenario that showed there might be a profit motive in casting the unemployed as criminal, which I explored in my article “The Investment Potential of Criminalizing the Poor.”

“More than a third of prisons in France are partly run by private companies. The trend towards privatizing the prison system, which began three decades ago, is gaining in momentum.

A handful of companies are capitalizing on this very lucrative market, providing services that include catering, receiving visitors, building detention facilities and organizing prison labour…”

The French, as the article shows, currently pay almost €6 billion a year to private contractors for such services.

Both Working links and Seetec have strong backgrounds in detention services, through contracts with Sodexo Justice Services, which provides prison services around the world, including the 34 French prisons mentioned in the article quoted.

Rehabilitation services was the main business of both companies awarded the JobPath contracts in Ireland, which may explain the tone and attitude of the JobPath service, where unemployed people are treated as “guilty” of being unemployed and in need of rehabilitation, in an atmosphere with more than a whiff of incarceration about it.

With all the signing in and out, the policing of time, the questioning of character and integrity, the deliberate parole officer style relationship, it is as if the main thrust of the JobPath model is in grooming Jobseekers into becoming accustomed to prison-like protocols.

This is not quite the “training” that many people might regard as being conducive to the development of grassroots entrepreneurial zeal.

An entrepreneurial spirit that might, if it were cultivated and invested in, help lift the economy with local enterprise, rather than us always having to depend solely on the Big Apple’s of the world to hire us as poor, hapless economic eejits.

Instead, we fund a system apparently deliberately designed to destroy self-motivation and personal initiative, in order to create people in need of “help” and “rehabilitation”, who can then be serviced by private corporate interests in exchange for public funds collected and set aside by the community for the provision of social protection.

The model is a kind of economic vampirism, and may, for you lit students out there, cast some light on the sudden popularity of vampires in recent decades that, as far as I can tell, appears to have originated in the US.

Could be a decent subject for a thesis: is there a relationship between the trajectory of blue-collar wage cuts and the rise in popularity of vampire fiction?

In New Mexico, a spoksperson for CoreCivic said,

“The city of Estancia and the surrounding community have been a great partner to CoreCivic for the last 27 years . . . a declining detainee population in general has forced us to make difficult decisions in order to maximize utilization of our resources.”

That quote encapsulates an aspect of the approach I remarked upon in Part Four of my JobPath series: the gaining of public approval for the private company’s operations.

Here the community are described as a “great partner” in the system. The other part of the concept, gaining the “agreement” of the subjects to participate in the system, in the case of JobPath this was acquired by coercion, as shown in Part 5 in the series, has long since evolved in the US system into simple management of prison populations, with stringent Federal legislation, such as the three strikes law, providing plenty of raw material to the private prisons system.

Ironically, it was as a result of reforms in the justice system in the Obama era, that the supply of “raw material” to the private prisons began to dry up, leaving the private company in New Mexico having to make “difficult decisions” to ensure its own economic survival.

Difficult decisions like, blackmailing Torrance County to provide them with more prisoners, threatening job losses for failure to comply.

“This is a perfect snapshot of what’s upside-down with privatization: the lack of economic opportunities and politicians who genuflect at providing jobs, regardless of the larger social implications, pushing law enforcement into the dirty business of ramping up arrests and convictions so private firms and shareholders can make more money.”

The town of Estancia, New Mexico, now finds itself in a dilemma. If it does not come up with 300 fresh prisoners for the private company, the company will close the facility as unprofitable.

If this happens, the town will lose 200 jobs and an estimated $700,000 annually in commerce, while the surrounding Torrance County would lose $300,000 dollars in tax revenues, and will also be left with the problem of accommodating the 700 Federal prisoners that the private facility currently caters for. 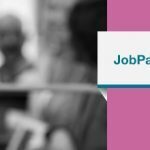 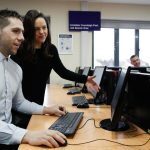 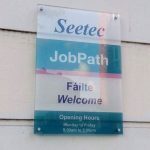 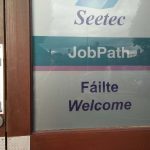 37 thoughts on “Prisoners And The Profit Motive”