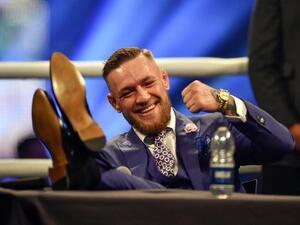 Finally the Irish media’s coverage of Conor McGregor is being called out. Not all journalists are guilty but the words, “racist, homophobic and misogynist”, are to be found on the casually manicured fingertips of way too many hacks.

Words have lost all meaning and the real victims are forgotten. Extremism is the norm and you better keep up with the vernacular lest you find yourself fatally accused by some rabidly censorious moral guardian.

Unless, of course, you are part of the controlling class. Then all bets are off. You can say and do whatever the hell you want. With impunity.

Take recently stepped-down Irish leader, Enda Kenny. Where were the hacks when Kenny knowingly, deliberately and publicly used the word “n****r”, or when he oversaw the dehumanisation of thousands of foreigners in Direct Provision centers? Surely Enda Kenny can’t be racist? Who knows? But Conor McGregor definitely is.

Where were the fancy words when Kenny’s unelected replacement Leo Varadkar ploughed a deep and ugly trench to incite class hatred in his ‘Welfare Cheats Cheat Us All’ campaign, or his since politically revised assertion that gay men weren’t fit to marry or raise kids? Surely a gay man can’t be homophobic? Who knows? But Conor McGregor definitely is.

Where was the outrage of the feminist wordsmiths when Labour leader Joan Burton viciously implemented austerity measures and slashed single parent’s allowance to leave an entire generation of working class women in abject poverty? Surely a woman can’t be a misogynist? Who knows? But Conor McGregor definitely is.

Where were all the journalism school graduates when it came to the countless verifications of state sanctioned racism, homophobia and misogyny?

Where were all the courageous click bait articles then? Kenny and his kind may have brought untold devastation to our country but at least they are our kind of Irish. Our kind of racists. Our kind of homophobes. Our kind of misogynists.

McGregor is not our kind. He’s not humble enough. Doesn’t genuflect enough. Won’t bow down and take it enough. A bit too working class.

It’s true that McGregor facilitated the tacit imprisonment of thousands of refugees, rendered thousands more homeless and presided over the suicides of another five thousand. Shit, sorry, that was Enda Kenny.

What exactly has Conor McGregor done? Through unparalleled hard work, brilliant business acumen and balls big as church bells he has become a global phenomenon and given pride back to the same working class that that trio of governmental hustlers are trying to destroy.

Yet, according to multiple Irish scribes, McGregor is the racist, homophobic, misogynist and the other three are the kind of folks you should aspire to have your son or daughter become.

Who knows how this fight with Mayweather will unfold? McGregor is not perfect. But he is like nothing we have ever seen out of Ireland.

Yes, he uses street language, but it’s in a game where everybody understands the rules. If you are busy taking offense on behalf of other imagined folks then you know nothing about this breed of competitive sport and those folks don’t want you being offended for them anyway.

McGregor has a big mouth. By design. The haters pay to see it shut and the lovers pay to see it proven. A supreme athlete and a competitor beyond compare, they call him Mystic Mac for a reason.

I have four kids and if they grow up with a fraction of McGregor’s courage, pragmatism and accountability I’ll be the proudest father on the planet.

If, however, they grow up with the systemic racism, homophobia and misogyny of our controlling class I’ll be the father with his head in his hands wondering how the hell we became such cowards? There are too few modern heroes in Ireland. But Conor McGregor is definitely one.

So, if you hacks, pumping out your bile on behalf of your newspaper bosses, can look up from your unfounded accusation for two seconds, here are two simpler words in the working class vernacular that you can add to your too light journalistic arsenal: Fupp you.

And to you, mister McGregor, for the profound hope and inspiration you have given to our nation, and to the world, here are two simpler words: Thank you.

Earlier: From Glen To Glen 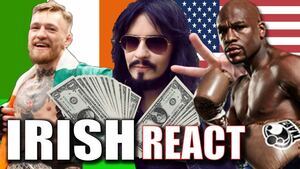 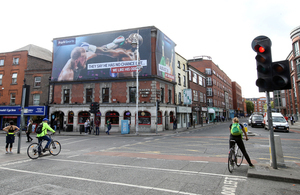 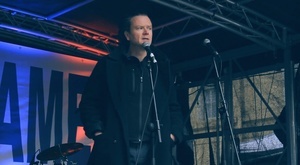 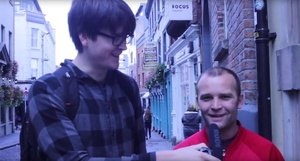 117 thoughts on “A Working Class Hero Is Something To Be”