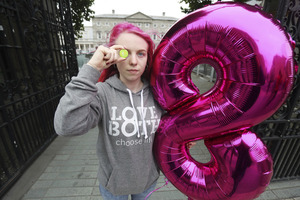 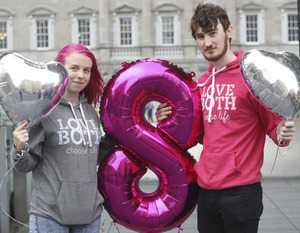 Pro Life activists Caoimhe White and Sean Blackwell mark the occasion of the 34th anniversary of the passage of the Eighth Amendment which introduced a constitutional ban on abortion in ireland.

The amendment recognised the equal right to life of the mother and the unborn child and a referendum on the amendment passed by 67% voting in favour to 33% voting against.

78 thoughts on “Loving The Eighth”