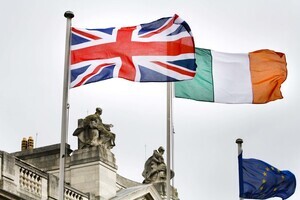 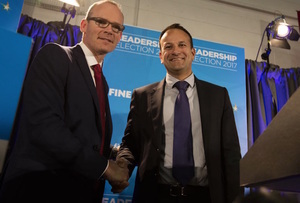 Taoiseach Leo Varadkar is to make a make a a “positive statement to the country to provide reassurance on Brexit” within the next hour, according to the Tánaiste.

Simon Coveney said that an agreement on the wording around the issue of a border on the island of Ireland is very close.

He said that progress was made this morning and the discussions are moving in the right direction. Mr Coveney added that he hopes there will be an agreement on a “balanced wording” in the next hour.

Mr Varadkar is to make a public statement on Phase 1 of the Brexit negotiations at 2.30pm.

…The Tánaiste said he believes the border between Ireland and the UK will not change from how it appears today.

“I suspect it will look very like what it looks like today which is to remain largely an invisible border, with no barriers to movement and trade and the normality on the island of Ireland, as we’ve grown to appreciate over the last 20 years,” he said.

“The British government appears to have bowed to the Republic of Ireland’s demand that Northern Ireland will stay aligned with key EU laws and regulations after Brexit so as to ensure that a hard border does not return to the island.

“According to sources, MEPs were told by the chief Brexit negotiator, Michel Barnier, that Theresa May had conceded after days of intense talks that the province would be treated as a special case.”

A draft of the text of a 15-page joint statement between the European commission and the British government is said to include a commitment in paragraph 48 that “in the absence of agreed solutions the UK will ensure that there continues to be continued regulatory alignment” with the internal market and customs union.

Huge ramifications for London if Theresa May has conceded that it’s possible for part of the UK to remain within the single market & customs union after Brexit. Londoners overwhelmingly voted to remain in the EU and a similar deal here could protect tens of thousands of jobs.

Statement by Taoiseach Leo Varadkar scheduled for 2.30pm postponed as Govt has not received notification from Brussels, where a meeting between Theresa May and Jean-Claude Juncker is ongoing

Media waiting outside government buildings for statement from @campaignforleo on #Brexit @rtenews pic.twitter.com/RJWNpw1XA6

.@DUPleader warns that her party will not accept any Brexit deal that treats NI differently to rest of UK. @PA pic.twitter.com/nafkPIOLhw

Mrs Foster accuses the Irish government of unilaterally trying to change the terms of the 1998 Good Friday Agreement. pic.twitter.com/3hajrsUiHu

If it’s not some kind of Norway status for whole UK, it must mean some kind of special deal for NI. Has to be one or the other. And if latter, why not also for Scotland, London & Wales (if it wants it)? https://t.co/xh7Ef06uNv

BREAK: Sky sources – the Prime Minister spoke to Arlene Foster by telephone within minutes of the @DUPleader's statement. If anyone thinks the C&S agreement is not an issue, think again. #Brexit

Podium outside Government Buildings for Varadkar’s 2:30pm speech has been dismantled