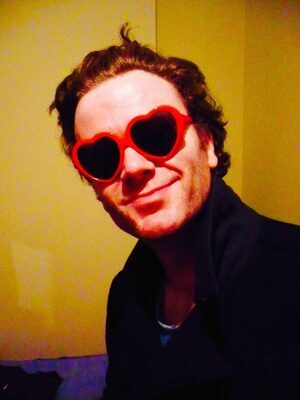 Dedicated to the Broadsheet trolls, it’s that sacred time of year again when, being too broke to buy you a gift, you get the innocent true tale of Christmas Number Two…

‘But…what if it’s a number two?’ I queried, determined to prevent my stammer getting in the way of the most important question I had ever asked. My mother and father were putting my brother, sister, and me to bed while explaining the necessity of Christmas Eve bladder control.

My mother reasoned I should perhaps focus more on simply not wetting the bed rather than worrying about that other specific bodily function. Santa, you see, didn’t look too kindly on children who couldn’t wait to get to the bathroom, children who, instead, did their number one under the bed covers.

My slightly older sister was generous and comforting and warm, inspiring the kind of confidence in my bowels that could make a child sleep in security. My brother? All that bastard had to do was glance at me.

‘But what if it’s not a number one?’ I persisted, ‘What if it really is a number two?’

My mother paused, and gently said, “Santa leaves you a bag of coal.”

Christmas in our house was the most exquisite time of year. Every dodgy and dubious event of the previous eleven months were wiped away and replaced by the greatest gifts man or boy could yearn for. In the darkness, lit only by the hand-held torch in my father’s fingers, we’d silently slip down the stairs, fearing to breathe in case Santa might still be here.

My father would slowly open the sitting-room door to reveal our own private toy store under the Christmas tree. We were allowed to request three gifts from Santa but every year there would be multiple surprises to accompany those three choices and the surprises often outdid the original requests.

We lived in Dalton Park in Mullingar, and a great place it was to live in too, with Christmas morning spilling out onto the streets, kids cycling new bikes, shooting bows and arrows and trading Santa stories.

This year, however, was going to be strange. This year there was going to be a different kind of surprise, a surprise not deposited by Santa under the tree, a surprise that was the result of indulgent overeating, youthful anxiety, and the merest hint of diarrhea; and, rather than lying under the Christmas tree, this particular surprise had been deposited by me into the nether regions of my Action Man underwear.

This was to be my Christmas, a bag of coal from Santa and a lifetime of ridicule from my brother.

I begged him to say nothing. He did what any loving brother would do, he made a deal. I’d give him half of all monies received from relatives this year plus take regular beatings, without retaliation, at his whim, for a month. I wanted to scream out at the injustice, rail against the gods for giving me spontaneous bowels and smash his brotherly face in, but, instead, I agreed.

So there we are, the whole family, on the top step, me at the back, peering at that downstairs doorway of delight, watching the round moon of light flickering from the brandished torch. Nobody knew anything and I was about to get away with it. My tiny problem had ceased to exist and we were poised for the greatest Christmas ever.

But midway down the stairs my father stopped in sudden surprised silence, and quietly asked, with a tenderness and kindness that was almost moving, ‘Did someone fart?’ I presumed that being last in the queue had secured my tenable position but I hadn’t considered that the upstairs window was open, allowing air to slip through, with my family all downwind of me – me and my cotton-covered catastrophe.

Everybody denied it, none more vociferously than I. To my overwhelming relief my father continued on down the stairs. But he breathed again, and he got it again – that peculiar scent you only get from the most damaged bowels – and it took all of two steps for him to stop again, him and his wolfhound nose, ‘Someone definitely farted…’

He followed that up with the two worst words in the English language, ‘…or worse.’

Under such pressure my brother did what any loving brother would do and ratted me out, “Terry did a number two in his undies!” My stammer returned in spades and as I tried to articulate my defecated devastation, all my parents could make out, through the snot-punctuated sobs, was the terrified phrase, ‘…bag of coal.’

As they calmed me down, then hosed me down, I realised how naive I had been to believe I could scam Santa, how arrogant it had been of me to think I could pull such a stunt on the coolest fat man there ever was and I reconciled myself to the reality that a bag of coal was indeed what it was going to be this year.

They brought me into the sitting-room, and of course instead of the bag of coal there was the most stunning array of gifts. As I jumped out of their arms and ploughed into that mountain of gifts, it may be true nobody wanted to stand too close to me, but I didn’t care, Santa had come through for me and the world was a beautiful place again.

And I never did do the number two under the covers again. Until I was thirty-two. But that’s a food poisoning story that, trust me, nobody needs to hear on this festive occasion.   Or any occasion.

They Forgot To Remember To Hate You