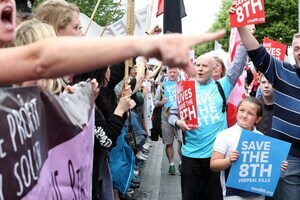 The starter’s pistol is at the ready. We are close to another bout of our real national sport of moral breast beating.

The 2018 event may yet be seen as definitive, although we have been here before particularly during the two Divorce referenda of 1986 and 1995.

Those campaigns began fuelled by a liberal giddiness, informed by favourable opinion polls, that proved themselves totally divorced from the reality of the eventual results.

We live in a changed Ireland than that which existed in 1983. That was the time of my first vote in a constitutional referendum. I had already voted in three general elections. I was only 21 years old.

It was a dubious privilege to have voted in that first referendum. Almost 35 years later, where after changing demographics more than half of our existing electorate did not participate in that vote, the time has long since passed to revisit the question.

It reminds me of that couplet from Eric Bogle’s ‘And The Band Played Waltzing Matilda‘, about the First World War, though applicable to any conflict situation.

“The young people ask what are they marching for?

And I ask myself the same question”

Along with most my friends I voted No in 1983. I couldn’t, and still can’t, grasp the concept of the equal value of life of a mother with developing life within her womb. It seemed to me, and to us, unbearably cruel that a woman who had been raped would be expected to carry a resultant pregnancy to full term.

Since then I’ve grown to despise the Eighth Amendment and what it represents.

It has been a piece of constitutional virtue signalling that has caused the State to turn its back on thousands upon thousands of Irish women, forced to flee to a neighbouring jurisdiction to deal with their crisis pregnancies. These women were often on their own and all lacked any type of appropriate support.

The lines are being drawn now for what must be a definitive battle in this war. As with previous battles the chief weapon will be fear.

For those on the Pro-Life/Anti-Choice side of the aisle, the fears seem to be of an extraneous bent, based on projecting a dystopian future of eugenics and euthanasia which beckons.

Those on the Pro-Choice/Anti-Life(?) side of the argument have not, either, been beyond pulling emotional heart strings.

The anniversaries of the Kerry Babies saga, as well as the horrendous death of Ann Lovett in Granard, have somewhat cynically been used to hammer home the choice angle.

The role of a Referendum Commission will be vital in this campaign. To control emotional overspill, that risks the peeling of truth, a firm Commission needs to define the narrow confines in which the debate is being held.

It needs to be especially vigorous in ensuring that the arguments being made are truthful and are medically and scientifically based.

It would be nice to believe that the arguments about to be made, will be made in a calm and informed atmosphere. I wouldn’t be holding my breath though. 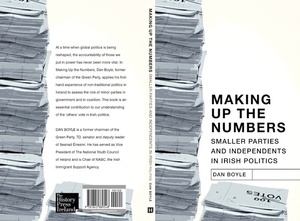