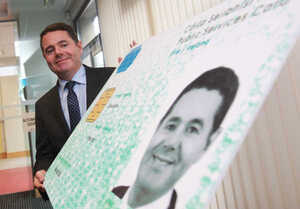 The Road Safety Authority (RSA) is now informing the Irish public that to renew a driver licence we will need a public services card (PSC). The RSA also states that the PSC will be the only form of identification acceptable for this application. This, we are told by the Government, is for security purposes.

With all the problems that need to be addressed and that require large sums of money, is this really the best use of the millions that have been spent on this?

Or has the Government come up with an expensive solution to a problem that did not exist?

53 thoughts on “‘Is This Really The Best Use Of Millions?’”