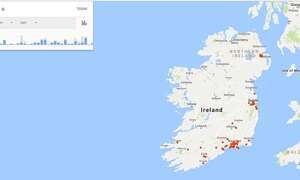 Want to freak yourself out? I’m gonna show just how much of your information the likes of Facebook and Google store about you without you even realising it

Are you ready? This is all the data Facebook and Google have on you (Dylan Curran, The Guardian)

You Don’t Have Many Ads?

20 thoughts on “They Know Where You Were Last Summer”