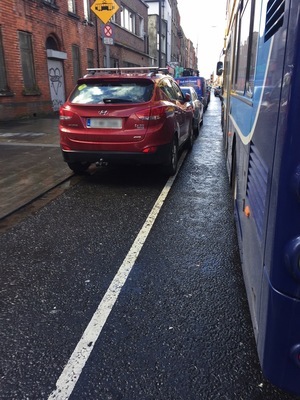 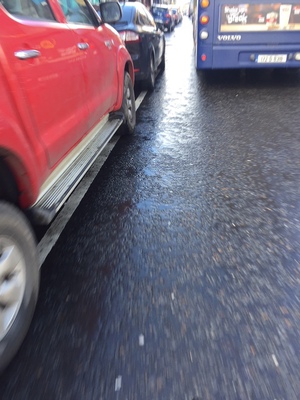 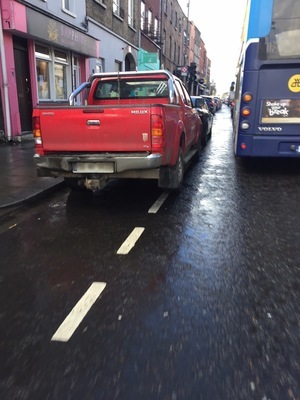 On the left is a cycle lane running along Thomas Street to James’s Street. I counted 18 cars parked in it this morning. The same cars are parked there all day everyday, even though there is a paid carpark on the left.

You also have to deal with the cars being over the white lines and the cars and buses being forced into your path by the traffic island on the right.

And all that before having to deal with the hell which is the James’s Street Luas tracks just ahead. 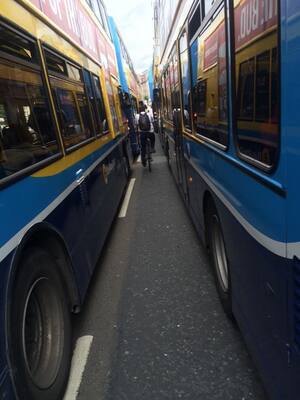 23 thoughts on “The Cycle Lane Of Hell”