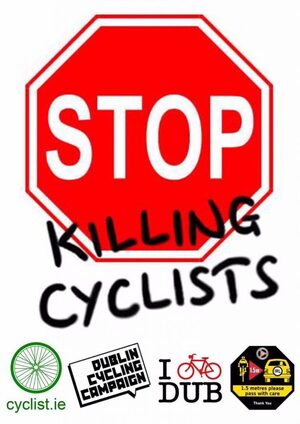 To a silent die-in “to protest deaths of people who cycle” outside Leinster House, Kildare Street, Dublin 2 tomorrow at 6pm.

This past week has seen the tragic killing of a young person cycling on Dublin roads, bringing the total number of cyclists killed this year to 5.

2017 was the deadliest year for people who cycle in Ireland with 15 deaths, the highest in 10 years.

The issue of safe streets is not just affecting people who cycle; 14 pedestrians have already lost their lives this year. It is worth noting that 2017 had the lowest number of fatalities for people in motorised vehicles in over a decade.

I BIKE Dublin and Dublin Cycling Campaign are conducting a silent demonstration tomorrow outside Leinster House at 6pmto express their sorrow and anger at this latest death on Irish roads, and to call on the government to invest in safer streets as a matter of urgency.

We are calling on the Government for –

Better design of cycling and walking infrastructure, especially at junctions where people are forced to interact with motor vehicles. 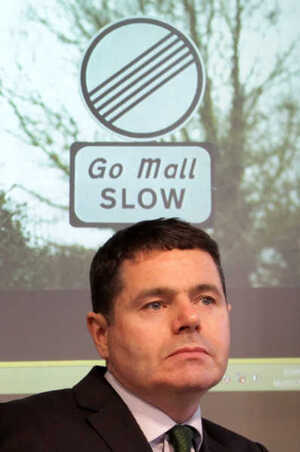 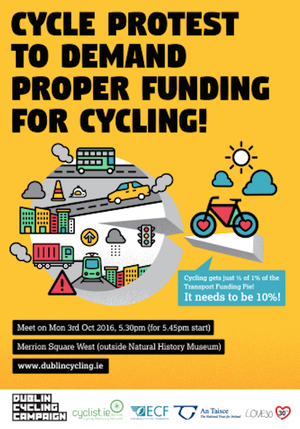 46 thoughts on “For Tomorrow We Die”