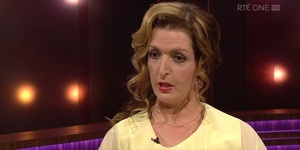 The writers, all 12 of them actively involved in the important work of cancer screening, chose to take issue with the legal process rather than question the medical failings that have caused death and serious harm to so many women through failures in the cervical screening programme.

They chose not to address the issue of the clear failure of the colposcopists working with CervicalCheck to inform women for, in some cases, years of the truth about their screening history and the serious errors that they and CervicalCheck alone knew about – errors that the vast majority of the women only learned about after my own legal proceedings made hiding the truth no longer possible.

Sadly for those 18 women who have already died, that truth remained hidden from them to the end. Denied to them also was the small comfort of knowing that their families would be provided for, at least to some financial degree, after their death.

Instead, the writers claim: “Approaches to redress need to recognise that automatic financial compensation for future false negative cases could lead to all screening programmes being abandoned”, and elsewhere that claiming that politicians and commentators have called for “uncontested compensation” for “all individuals who have false negatives on audit review”.

This is not the case. Women who have a false negative smear result do not have any legal recourse. It is only women whose smear has been incompetently read and who have suffered harm as a consequence who can bring legal proceedings.

After all, it was not the legal process they criticise that caused all this harm.

The writers call for those reacting to this controversy to act responsibly in the sole interest of the health of Irish women since the stakes are extremely high.

As the woman who exposed this controversy, as an Irish woman and as a woman whose life is at stake as a result of medical and management failings, I am acting in the sole interest of the health of Irish women.

Unfortunately, the same cannot be said of many others.

7 thoughts on “‘Unfortunately, The Same Cannot Be Said Of Many Others’”