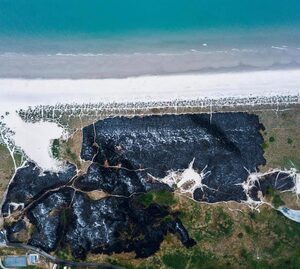 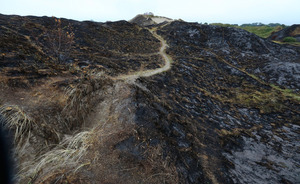 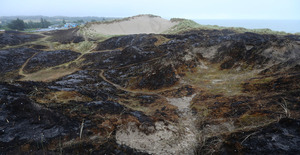 A lone furze bush (above) fightsfor survival following the blaze last month (top) which ravaged Curracloe Beach, a stand-in for Omaha Beach during the the D-Day scenes in Saving Private Ryan (second pic).

A large section of the sand dunes on the famed Curracloe Beach in County Wexford, still bear the scars of the fire which swept through them on the 22nd of July, during the height of Ireland’s Summer heatwave.

It is believed the fire started from a disposable BBQ. Today the blackened ash, shining from a weekend of badly needed rain to help ease the current drought, causes the landscape to resemble a scene from a post-apocalyptic movie, rather than the war movie it is most famous for Saving Private Ryan…

Then There’s This Guy 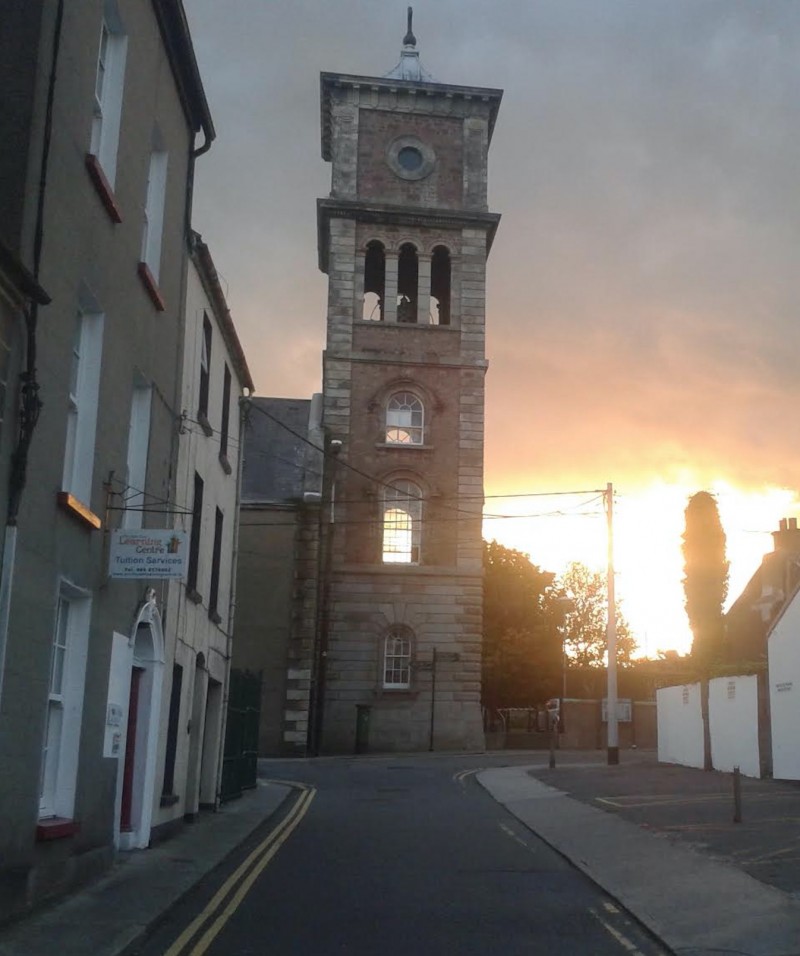