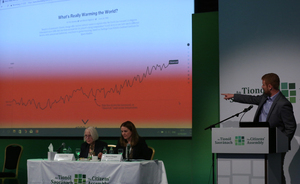 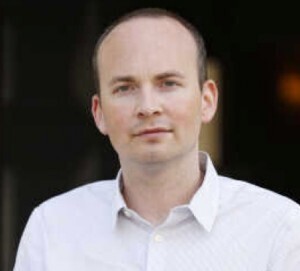 Yesterday, the Joint Committee on Climate Action began public hearings and an examination of the Citizens’ Assembly Report: How the State can make Ireland a Leader in tackling Climate Change

Solidarity TD Paul Murphy is a member of the committee.

After the first meeting of the Oireachtas Climate Action Committee, one thing is glaringly obvious. The public, as reflected in the Citizens’ Assembly, are miles ahead of the politicians.

Decisive majorities came out in favour of radical action to deal with climate change: One hundred percent voted for the State to take a lead in tackling climate change; 97% voted for the establishment of a new independent body to ensure that climate change is at the centre of policy-making; and 92% voted that the State should prioritise investment in public transport over road infrastructure.

These and other proposals stand in contrast to the record and policies of the political establishment, including those politicians who spoke at the Committee about the need to ‘educate the public’ – implying that it is a backward public which holds politicians back from taking the action which is needed.

Enda Kenny infamously gave the game away when at the Paris climate talks he declared that climate change simply wasn’t a ‘priority’ for the Irish government.

Under Varadkar, Fine Gael got a new shiny veneer of green. However, the reality remains unchanged, with Ireland second worst in the EU on climate action.

The Science is Clear

There are three essential elements of climate change science. The earth is warming at an unprecedented rate. Human activity is the primary cause of this rise in temperature. The consequences for human society and the natural world will be devastating, unless radical measures of mitigation and adaptation are taken.

The debate on these facts has concluded. We can see this changed reality in the storms, floods, and heatwaves increasing in intensity each year.

However, this reality is denied by the most powerful political figure in the world, Donald Trump, and by a number of TDs.

One of the Committee members, Senator Ian Marshall, seemed to accept that climate change exists, but not that it will have a devastating impact on us all.

He stated that climate change will present “opportunities” for some countries because the melting of polar ice caps would mean an increase in arable land. His conclusion? Ireland didn’t need to try to be a leader in tackling climate change.

It is therefore welcome that the Committee in private session agreed to alter the original work programme to include a session on ‘The Science of Climate Change’. Perhaps Senator Marshall and others might learn something.

Even for those who claim to accept the science of climate change, it doesn’t mean that they are willing to take the action necessary to mitigate it. Doing so means interfering with the right to profit of extremely powerful capitalist interests.

On a global scale, that means taking on the 90 companies responsible for 63% of greenhouse gas emissions.

In Ireland, with agriculture as the economic sector with the highest emissions, agri-business is particularly fearful of a serious approach to tackling climate change. How their interests and the interests of Big Oil will be protected was already clear from the first Committee meeting.

Fine Gael TD Michelle Mulherin was echoed by many others in emphasising an urban – rural divide, suggesting that investment in public transport is all very well, but would not assist rural dwellers who need cars, and arguing that Ireland reducing its beef export would simply mean increased exports from elsewhere.

This is fundamentally a recipe for inaction. It closely echoes the position of establishment parties on Ireland’s role as a corporate tax haven.

In theory, they agree it’s bad, but nonetheless they emphasise that Ireland cannot tackle it alone and instead point to an international agreement in the dim and distant future as an alternative. In the case of climate change, an international (though inadequate) agreement already exists. The issue is implementation.

Climate change simply cannot wait until all countries act simultaneously. For Ireland to do its part we need to slash emissions from transport and agriculture, the two biggest contributors to our overall greenhouse gas emissions.

That means massively investing in public transport to make it free, accessible, and convenient for the vast majority. and shifting to a sustainable model of agriculture.

Those requirements alone point towards the need of breaking out of the framework of neo-liberal capitalism where profit is king, and instead placing people and the environment at the centre of economic planning

But, fundamentally we can’t control what we don’t own. So public ownership of the major sectors of the economy is key to success.

Unfortunately, the approach of the political establishment is to accept the logic of capitalism, in effect taking minimal action and accepting some climate change (some destruction, some deaths) is inevitable to ensure the system’s maintenance.

This was seen in the evidence presented by Justice Mary Laffoy, who chaired the Citizens’ Assembly and Professor Alan Barrett of the ESRI.

A revealing admission about the procedure of the Citizens’ Assembly was made by Ms Laffoy.

“A number of suggestions were received from Members …. expressing a view that all future renewable energy projects should be publicly State owned, in light of concerns about Ireland’s energy security into the future and a desire to retain ownership of our renewable energy assets.

The Chairperson explained that this could involve complex areas of European Union law including issues such as state aid rules. …[and] deemed inappropriate that the Assembly should vote on this.” [italics added]

Given that the entire report is a set of recommendations, the majority of which require some change of law, I questioned Ms Laffoy’s decision to block the vote on public ownership.

She said this was the “sensible option” and “we can’t change EU law”. In other words, EU law took primacy over the environment even in the Citizens’ Assembly.

The main emphasis of the ESRI presentation was on carbon taxes. As currently implemented, the ESRI accepted that these are regressive – hitting lower income groups harder proportionally than higher income groups. Most importantly, they have a marginal impact at best.

That is because they are focused on improving individuals’ choices, without taking into account that people’s choices aren’t made in a vacuum, but in a capitalist world where the big decisions that shape their lives have already been taken by corporations and governments.

For example, heavy carbon taxes can be imposed, but without the provision of public transport, someone who has to travel to work has no choice but to continue to travel by car.

None of that is to discount the choices that we all need to make to try to help tackle climate change. But it is to emphasise that we also should make the choice to see this problem as a systemic one.

An eco-socialist exit strategy from the nightmare of climate change is needed. My job on the Committee in the next months will be to try to advocate it.

Paul Murphy is Solidarity TD for Dublin South West and member of the Socialist Party. Follow Paul on Twitter: @paulmurphy_TD

The Shirt Off Our Backs

No Charge Just For Fun

59 thoughts on “Paul Murphy: The Heat Is On”