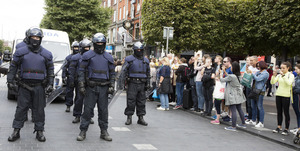 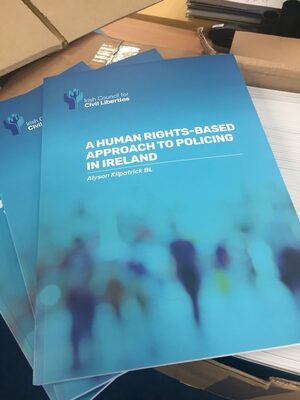 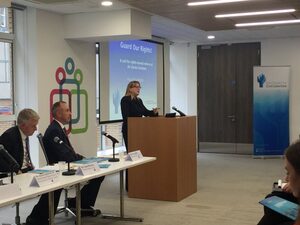 From top: Members of the Garda Riot Squad (Public Order Unit), during the National Emergency Service Parade on September 1 in Dublin city ; Alyson Kilpatrick’s report for the Irish Council of Civil Liberties and Ms Kilpatrick

At the Irish Human Rights and Equality Commission on Green Street, Dublin 7.

Former human rights advisor to the Policing Board of Northern Ireland, Alyson Kilpatrick BL presented her report A human rights-based approach to policing in Ireland – for which she was commissioned by the Irish Council for Civil Liberties.

In her report, Ms Kilpatrick writes:

Moreover, a human rights-based approach is the best means of securing the reform of policing that is desired and needed. It is effective in securing a professional, lawful, democratic and accountable police service that respects and values the people it is there to serve while effectively combating crime and maintaining order.

It will help secure police legitimacy and therefore enhance safety and security. A human rights-based approach puts the rights of individuals and protected groups, enshrined at law by the ECHR,3 at the centre of every decision and action of the Garda Síochána and gardaí.

…If police are to build (or rebuild) trust they must behave so as to secure the confidence, approval and support of the public – willingly – by their professional, human rights compliant approach which respects democracy and the rule of law.

Trust in the police can be easily undermined, particularly when public order operations end in violence.

Scenes of police battling with protesters for example will be beamed across the country, drawing observers into a debate about the very legitimacy of the policing operation and the legitimacy of police themselves.

The police will be compelled to justify their actions by reference to the law and human rights principles. Without a ready willingness to explain, provide justification and answer questions the police will be pitched against the community it is there to serve.

Unanswered questions will invite speculation and silence will result in conspiracy theories. Tactics will be discussed and criticised by those who urge a harder edged policing response and by those who condemn the police for their over-use and/or misuse of power.

An Garda Síochána does not make its policy directives, training, strategy, decision-making logs or de-briefs available for public scrutiny.

In other words, the framework within which the garda operate is entirely hidden from the public.

There has been published an overarching policy directive on public order incident command but it is general in nature. It does contain the statement that it is “the aim of An Garda Siochana to uphold and protect the human and constitutional rights of everyone” but there is little in terms of practical guidance on how that will be achieved.

The garda’s policing of protest has given rise to concern among the public about tactics and potential political interference in policing operations but remains shrouded in secrecy. 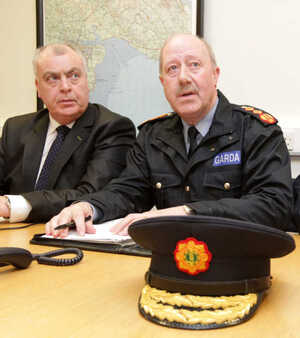 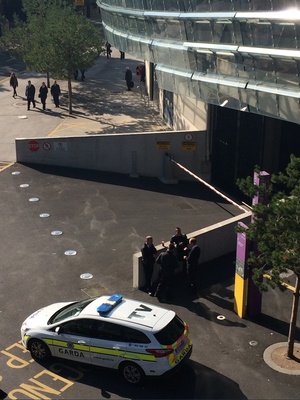 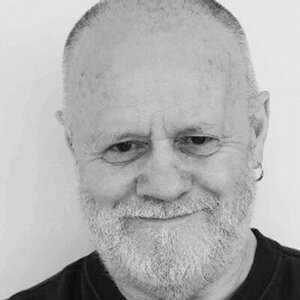 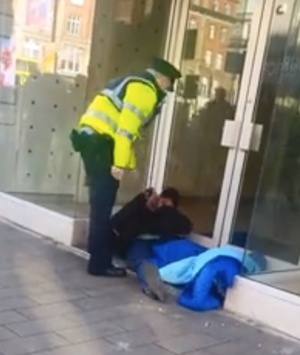