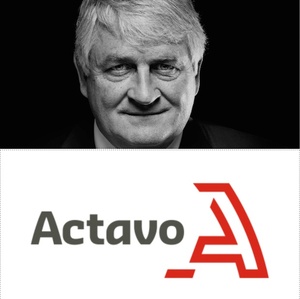 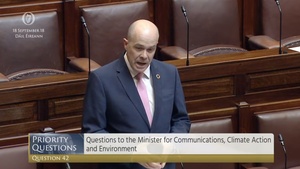 Minister for Communications Denis Naughten confirmed that, earlier that morning, the remaining bidder in the national broadband plan procurement process had submitted its final tender to his department.

This is the only bidder left in the process.

“A single bidder scenario does not change this and the remaining bidding consortium has had to meet the relevant thresholds set out for the procurement process.

“Up until the point where the procurement was about to enter its finals stages, there was a competitive process.”

The Minister has only one bidder left in the process. He has no plan B…  Earlier this year, Professor John FitzGerald, speaking in respect of State contracts, stated: “If there is no queue of suppliers there will be no savings for the State.”

I told the Minister a year ago that if one was going to the market to sell a calf, a bullock or anything else, if there was only one buyer, one would be better off turning around and bringing the bullock back home. The Minister knows that is the case, as someone who is living in a rural area.

Fianna Fáil TD Timmy Dooley asked Mr Naughten to confirm the identity of the bidder, as, he said, other bidders – including Eir, Vodafone, the ESB, SSE and John Laing Group – had in recent months pulled out of the process.

The 543,000 families and businesses do not care what name is on the side of the van. They want and deserve high-speed broadband and I am determined to ensure they get it.

Further to this, Granahan McCourt Capital yesterday released a statement, saying businessman Denis O’Brien-owned Actavo, formerly Siteserv, is a member of the consortium making the bid.

Previously: ‘Why I’m Apologising To The House’