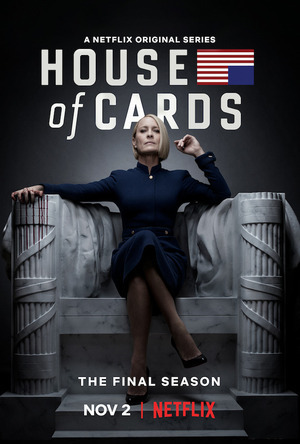 1. When Kevin Spacey was #cancelled last year; it’s a shame they didn’t cancel House of Cards along with him.

2. The most recent season was some of the worst TV I’ve ever seen. If all the dialogue had been replaced with the sound of flushing toilets, nobody might have noticed.

2. Here goes with the fifth and final season, in which Mrs Underwood (Robin Wright, always the best thing about the show anyway) has been promoted to the lead role and the big job.

3. Perhaps worth a watch to see how they kill off Frank Underwood, but don’t expect much after that.