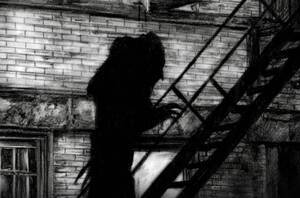 The Bram Stoker Festival presents the Irish premiere of NYsferatu: Symphony of a Century, an animated interpretation of the 1922 horror film Nosferatu.

Set in present day New York City, NYsferatu: Symphony of a Century turns the original film on its head, positioning the vampire character as that most contemporary of “outsiders” – an emigrant escaping war at home only to face economic exploitation and xenophobia in their new country.

For Your Consideration: Sleepover