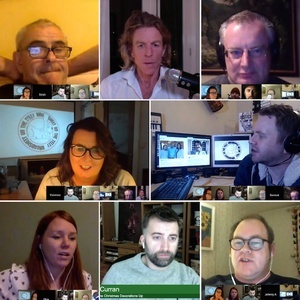 The show, produced by Neil and Dermot, can be viewed in its entirety above.

Presidential and Garda matters dominated with everyone getting their say PLUS…

Ciaran joined us fresh from his Irish Blog Awards success and an inspiring visit to America with Tuam survivor Peter Mulryan.

And Sean spoke about his brilliant new documentary A Northern Soul, shot in a Hull, England dealing with austerity and Brexit and described as a film of “radical empathy”.

On The First Chat Of Christmas

1 thought on “Chat From The Soul”