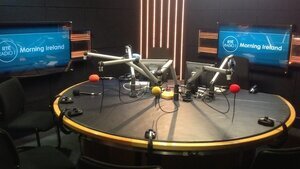 Only one feature story over the two weeks carried an environmental angle, a story about new research into how dandelion seeds fly….

“RTÉ and in this case Morning Ireland are failing to inform the public on environmental and climate change stories. We have seen from the aftermath of the BBC’s Blue Planet II series and the subsequent plastics campaign what public service broadcasting can achieve in mobilising the population for the common good. Yet RTÉ haven’t even had a standalone environmental correspondent since 2010, while in comparison they have lots of sports correspondents”.

Have You Met The Hot New RTE Sign Guy?

43 thoughts on “The Coverage Gap”