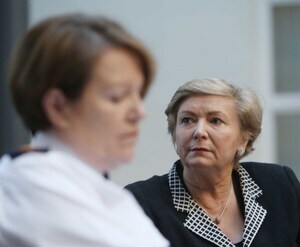 The consumption of media and information has always played a vital part in our societies. It allowed us to inform ourselves of the wider world and areas beyond our immediate vicinity and common understanding.

We could argue and debate with others the content of what we had just heard or read, stirring up potential modes of action and behaviour that would later come to define the world we lived in.

In Europe in the 1800s, the coffeehouse played the role of an assembly where people could discuss what they had just discovered via the media of the time. Here the theories of revolution were discussed before being put into action.

Of course, the information that was promulgated and received had to be accurate in the first place for it to be of any value. The media had to be trustworthy and reliable. On the other side, ensuring that the media was accurate, or at least perceived as such, was of value to the media themselves given the drive for profits which underlay their motives.

Whether this balance between truth-telling and the need for profit was ever achieved is highly debatable.

In their new book, the two men behind Media Lens, lay waste to this recurring theme of a trustworthy, objective, and fact-finding media. In Propaganda Blitz: How the Corporate Media Distort Reality, David Edwards and David Cromwell demonstrate how the supposedly different ideologies between the main media outlets in Britain is simply a myth.

If there is indeed a spectrum offering a range of different viewpoints in the media why then, they ask, on so many occasions does reporting of certain issues bear striking similarities in terms of content and tone? The answer is that the content of the mainstream media reflects the interests of power.

What this means, then, is that anything which attempts to highlight certain issues which will directly impact the government and the powerful will have to deal with the full force of the mainstream media being directed against them.

It also means that when certain issues need promoting by the government and the elite, they having willing stenographers in the broadcasting and newspaper industries.

In Britain the most notable target in recent years has been Jeremy Corbyn, who has come in for obloquy right across the mainstream media, regardless of his actual policies and statements.

In their chapter about Corbyn’s treatment by the media, Edwards and Cromwell note that The Guardian, the Independent, The Times, and the BBC, all rounded on Corbyn, and oftentimes with the same kind of language.

In The Guardian, Corbyn’s policies were described as “‘more a matter of faith than a viable programme’”. The Independent declared Corbyn was “‘not the answer’” and that Tony Blair, instead, “‘earned his right to be listened to’”, even though he “‘remains controversial’”; presumably controversial given his role in the illegal invasion of Iraq which has cost millions of innocent lives. For their part, The Times wrote that Corbyn “‘believes Britain has not learnt its lessons from Karl Marx’”, and can therefore be dismissed out of hand.

The BBC, fared no better in spite of their professed commitment to objective journalism. When Corbyn was interviewed by BBC journalist Laura Kuenssberg, she was appalled when he said he was “‘opposed to nuclear weapons’” along with being “‘opposed to holding and usage of nuclear weapons’” after she had asked him if he would press the “‘nuclear button’” if he was Prime Minister.

To this Ms Kuenssberg asked, “‘And that’s more important than the protection of this country?’” No further comment is needed given the obvious implications of such a worldview.

Ireland does not come in for scrutiny in Propaganda Blitz. Nonetheless, and with even a cursory look, the same patterns emerge when it comes to our own home-grown controversies. Take the Disclosures Tribunal and the publication of the Charleton Report.

In the immediate aftermath of the publication of the report, we were inundated with headlines regarding former Justice Minister Frances Fitzgerald. She was sharing the headlines with Maurice McCabe. Across a number of media outlets the same type of language and reporting was used.

RTÉ reported Minister for Health Simon Harris saying “Ms Fitzgerald was hounded from office and now deserved an apology after being vindicated”.

On TheJournal.ie an article opened with the sentence “FORMER TÁNAISTE FRANCES Fitzgerald has been vindicated by the Disclosure Tribunal”.

In the Irish Examiner, a headline ran “Frances Fitzgerald has been vindicated by the Disclosure Tribunal report published this afternoon.”

The irish Independent also reported the comments by Simon Harris, writing that “Mr Harris said this morning that Ms Fitzgerald had been ‘vindicated’”.

For their part The Irish Times used slightly different language — but the message was the same — writing that “The Tribunal gives a clear exoneration to Ms Fitzgerald”.

Where it was used by Fitzgerald, however, was in her own resignation statement last year. She said that her resignation “will allow me to vindicate my good name at the Charleton tribunal”.

What the media have done, then, and quite transparently at that, is use the actual vindication of Maurice McCabe to try to whitewash the reputation of Frances Fitzgerald.

Justice Charleton did not vindicate the former Justice Minister, yet the Irish media were more than happy to echo the very same and distinctive word that she herself had used to describe her preferred outcome.

There is also the issue of Nóirín O’Sullivan being appointed to a high-level position with the United Nations (UN) and how that has been reported. Her role in what happened to Maurice McCabe and John Wilson has been ignored in the coverage of her new appointment.

Justice Charleton found that it was “improbable that she did not have an inkling at the very least about Commissioner Callinan’s views”, with her presence when Martin Callinan made the now infamous comments about both McCabe and Wilson to TD John McGuinness also being noted by the latter. Important context like this is missing.

The reporting of The Irish Times was indicative in that it downplayed these serious issues with O’Sullivan by writing that Justice Charleton “rejected one portion of her evidence and found another to be ‘improbable’.”

With the recent documentary about Maurice McCabe that was broadcast by RTÉ we are left, as expected, with many gaps in the narrative. Gemma O’Doherty is left out of the equation completely. This is a considerable elision given her consistent support for Maurice McCabe from the very beginning, her reporting on Martin Callinan’s penalty points being wiped, and the price she eventually paid in terms of her career.

Any mention of this would demonstrate that there is indeed a nexus of power that exists in Irish society between the media and certain important and powerful institutions. This could not be reported on in the documentary, however, given the fact that RTÉ itself forms a part of that same nexus.

As Broadsheet’s Olga Cronin pointed out during a discussion on Broadsheet on the Telly last week, editorial decisions had to be taken in order to maximise the reach of documentary in order to bring it to people’s attention.

In a media landscape that wasn’t influenced by power and the powerful this is perfectly acceptable reasoning. A media landscape like this does not exist though, and the fact that such gaps are intentionally created leaves one to conclude that there are things we are not supposed to know.

Where this leaves us and the reliability of the media is plain to see. The media are willing to downplay, under-report, and twist reality to suit an agenda. What this agenda is differs in degree but never in kind.

Most recently it has been the attempt to rehabilitate Frances Fitzgerald and Nóirín O’Sullivan, thereby misleading the wider public into thinking that justice was done by the Justice Charleton and the Disclosures Tribunal.

Where power exists, those in the media across the supposed spectrum find common cause with it. In this case it is the government line that the truth has been discovered and that we should all move on, and ignore the many unanswered questions that remain, that the media has been intent on pummelling us with.

Their tactics appear to have been successful thus far. On the other hand, their hatred and fear of social media points a way forward for us in that it allows us to bypass the traditional media hierarchy.

As long as this avenue remains open, there is always the opportunity to dissent and find the real truth that is often denied us all.