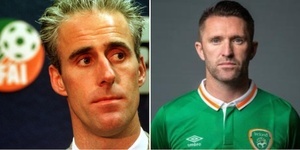 From top: Mick McCarthy and Robbie Keane; latest odds the next Republic of Ireland manager on Paddy Power

McCarthy is the leading candidate to replace Martin O’Neill and he is reportedly interested in the role. He has been out of work since leaving Ipswich in April.

And Keane is in the equation to work alongside McCarthy, after being previously linked with the Under-21 team job.

Hail To The Chief

From A Galaxy Far, Far Away

From A Galaxy Far Away

Oman Look At My Life

6 thoughts on “Our Nation Turns It Lonely Eyes To Ye”