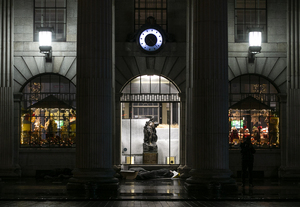 If you work in Dublin city centre, and perhaps not even if you do, you walk past them many times a day.

Their faces are red and mottled and their heads down, conserving their energy for the bigger fight of the night.

They lie sideways to shield themselves from the wind, in front of windows full of mannequins decked out in sequins and rhinestones, against the doors of the city’s institutes of higher education, or on the steps of museums and the GPO.

Some have lost work, others families, by death or divorce. In childhood, or after it, many, if not all have suffered pain during their lives, pain maybe even greater than that which they are suffering now.

Their existence challenges the comfortable universe which we are still entreated to believe exists in this country but which, inside, we know does not, and maybe never did.

To hide our pain and fear, we pretend that they do not exist, and, where this pretense is unavoidable, salve our wounds by blaming them for their misfortune.

When asking ourselves – what has brought them to this pass, we focus on the self-medication they have used to kill the pain, rather than the pain itself, and its causes deep in our society; we focus on their ill-judged disarrangement of their lives, rather than on the people responsible for this disarrangement; not them, but the people who are running this country have created a situation where citizens are being forced out of their homes by men with dogs employed by foreign firms, like something out of the Land League, the Black and Tans.

We pay heavy taxes to what we believe is an independent State to have this State run properly, to have homes for our people, hospitals for our sick, schools or our children, not just so that we and our families can have a safety net if things go wrong, but also so that we can live in a society in which people feel, safe, respected, cared for and able to get on with the wonderful business of living.

We live in a city where, despite all possible reasons to the contrary there are still people uncared for and neglected in this way, even if we ourselves never need this safety net, we are damaged and diminished in an irretrievable way by their pain, and our ignoring of it. Our perception is subtly shifted, places we loved seem tawdry, people we admired look hollow, our joy in life is taken away.

And rather than asking: why is it this way, why do I seem so distressed when I have a job, a warm home, when I’m the lucky one, remember that no person is an island, that to ignore the suffering of others is ultimately to take away one’s joy in life, that to deny pain and fail to act out of fear, or to cling to a non-existent dream that all is alright (as RTE do) is to be a serf, and worse still to know it.

We live in a democracy. We are told we have the power. We need to start believing it, and, further, that a democracy is about, not just caring for others, but also for oneself. Because each other person’s pain affects us more than we know. 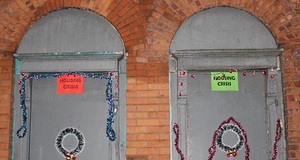 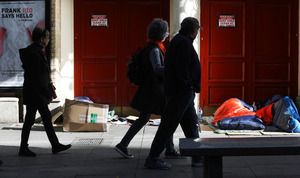 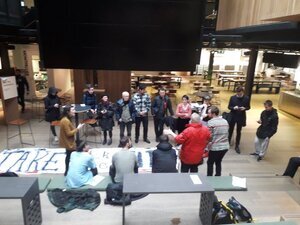 ‘An Impossible Place To Live’

Down By The River

34 thoughts on “It Doesn’t Seem Like Christmas This Year”