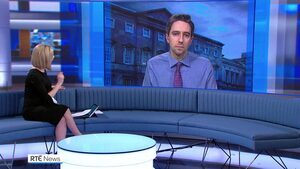 Caitriona Perry interviewed the Minister for Health Simon Harris about the overrun at the National Children’s Hospital.

She pointed out he first learned about the cost overrun last August, the scale of the overrun last November November and that he won’t take any action until he receives a €450,000 report from PwC which is due to be finished by March of this year.

Caitriona Perry: “Is that good enough or did you take your eye off the ball here?”

Simon Harris: “No, of course, I should be held accountable for the decision that I made when I advised the Government that we needed to proceed with this project.”

Perry: “…It’s such an important project, you said yourself there for the children of this country. Why did it take from August until November for you to find out about the scale of the overruns?”

Harris: “So at the end of August, it became apparent that there was going to be a significant overrun but my department, as indeed as a Government minister, we did what we’re actually meant to do. We did due diligence. There were a number of expert reports commissioned. And ultimately the body that’s responsible for delivering the hospital – the National Paediatric Hospital Development Board – came back on the 9th of November with the scale of the overrun being clear.”

Perry: “Should you not have been demanding, day in day out, that someone tell you just how much this project was going over by?”

Harris: “I was very determined and confident that we had professionals in place to deliver this project. The board delivering the project is a ‘who’s who’ when it comes to construction and procurement issues. So I think actually the job of the minister is to put people in place, who have the professional skills to deliver a project.

“It’s also the job of a minister then, when challenges emerge, to make tough decisions. And the decision to proceed with this project was a tough one because of the scale of the cost. But I have no doubt the only decision I would have regretted was if I didn’t proceed with it.”

Mr Harris went on to say that he and his department were “seeking constant updates” while his Secretary General [Jim Breslin] is chairing a steering group on the matter – the Children’s Hospital Project and Programme steering group. 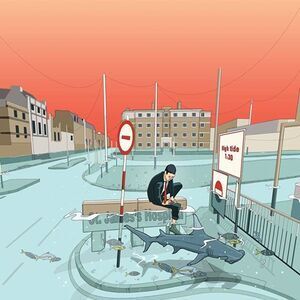 Illustration by Gary Reddin, from Sligo.

“We’re An Easy Target, We’re Easy To Let Down”