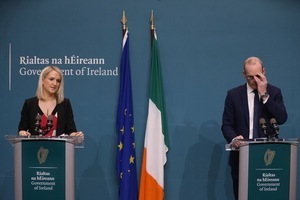 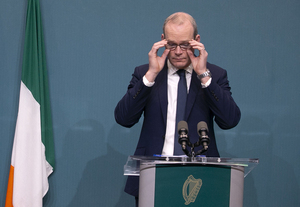 Tánaiste & Minister for Foreign Affairs and Trade, Simon Coveney  and Minister of State for European Affairs, Helen McEntee updating the media this morning on legislation which will ‘protect ‘Ireland in the case of a no deal Brexit.

Which areas are covered in the #Brexit Omnibus Bill? | Read https://t.co/zbK2q7ImkV pic.twitter.com/HK1FioIqOp

“A disorderly Brexit will be a lose, lose, lose for the UK, for Europe and for Ireland. We cannot offset all the damage it will do, but we are doing everything we can.”

The Withdrawal of the United Kingdom from the European Union (Consequential Provisions) Bill 2019 is now available on the #Oireachtas website here #Seeforyourself https://t.co/ye5vPvNwN7 pic.twitter.com/7MHNyvI5KN

49 thoughts on “Now Would Be A Good Time To Panic”