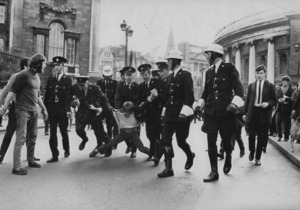 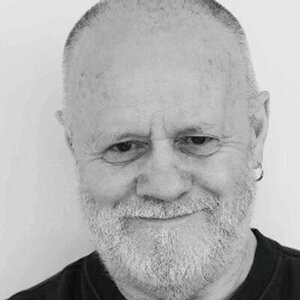 From top: A young Eamonn Farrell being arrested during a sit-down housing protest, College Green, Dublin in 1969; Mr. Farrell claimed that the garda inspector who is about to be tripped by him, had moments earlier punched him in the stomach; Eamonn today

Eamon Farrell, Editor of RollingNews.ie and former Secretary of the Dublin Housing Action Committee DHAC,is launching a photographic exhibition on the housing crisis, tonight at 7.30pm in Liberty Hall.

Eamonn will also be speaking on his experience as an activist with the DHAC, including sit down protests and occupation of vacant properties, and as a journalist covering last year’s housing protests in Dublin.

The exhibition is a part of the 2019 May Fest events which starts of with the traditional May Day Parade from Parnell Square at 7.00pm to Liberty Hall.

Eamonn was a founding member of the Socialist Party of Ireland (SPI), Socialists Against Nationalism and the Divorce Action Group (DAG).

He ceased his political activities with the demise of the SPI and entered journalism, becoming picture editor of the Sunday Tribune and Editor of RollingNews.ie photo agency.

Not Feeling Sorry For Serinna