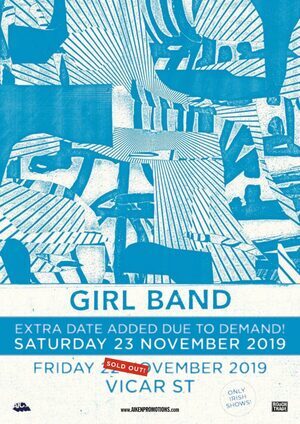 Last week, with a pair of tickets to see Girl Band live at Vicar Street this November on offer, I asked you to name your favourite song by either an all-female band or a female-fronted band and why.

Broadsheet reader ‘Jon Boy’ wins the tix with this impressive and informative answer:

“Has to be ‘Under Your Spell’ by Desire. Desire are essentially a collaboration between the guys from the Chromatics and Canadian vocalist Megan Louise.

If you can get a chance to listen to their debut album ‘II’, it’s full of similarly blissed out, downbeat disco….”