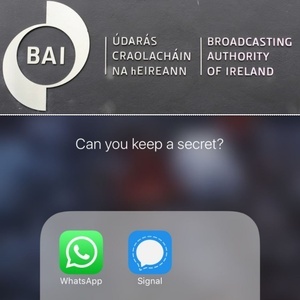 The push by the Broadcasting Authority of Ireland (BAI) to regulate social media and the internet in general should concern us all.

We’ve gotten used to the idea of a free and open internet. For better or worse, everyone has the chance to voice an opinion and hear opinions back in return.

The simple fact is that an unregulated internet has given us access to information in a way that would have been impossible 20 years ago.

But now it has been determined that this is unacceptable.

Yes, hatred exists on the internet and oftentimes to an extent that is hard to believe. But granting power over the whole internet to an organisation like the BAI is not the answer to combating this hate.

Its proposals border on the extreme if not outright authoritarian.

It proposes three functions of any online regulator: The removal of harmful content, the promulgation of an online content code, and promoting awareness of online safety.

The latter sounds mundane. But it’s the former two that pose the problem. In its submission to the government, it contends that in working to remove harmful content from the internet monitoring of encrypted private messaging services is carried out.

It further argues that this targeting of encrypted private messaging services — presumably they mean the likes of WhatsApp and Signal — is “desirable to ‘future proof’ them and to effectively tackle certain online harms”.

What’s more, it says that takedown notices can be issued by the regulator “on receipt of requests from Irish residents or someone legitimately acting on an Irish resident’s behalf”.

As for the online content code, the BAI suggests that:

“Appropriate and dissuasive sanctions should exist in statute where a regulator determines that an online platform has repeatedly or seriously breached the HOC Code”.

What’s more, the BAI also proposes that “Suitable investigatory powers should be granted to the regulator to support this function”.

Essentially, the BAI wants to regulate all online content, including private messaging services, and sanction providers if they do not adhere to the online HOC Code.

This would be a requirement given that having the BAI monitoring all content at all times is impossible. Instead, it would have to force tech companies to do this for them and sanction them if they don’t.

To say this is a dangerous turn would be an understatement. This has thankfully been recognised by some people already.

Simon McGarr, a solicitor and director of Data Compliance Europe, has criticised the BAI’s move into the world of online regulation. During an interview on  RTE Radio One’s Morning Ireland, he commented that it simply “doesn’t have the right instincts” to regulate online communications.

For its part the Irish Council for Civil Liberties (ICCL) insisted that the BAI’s suggestions are extreme.

It wrote that any attempts to tackle online hate should not turn into the construction of “totalitarian state structures capable of indiscriminate surveillance and censorship of our private communications”.

It went on to declare that:

We are deeply alarmed by BAI’s proposals for internet regulation, including their proposals to access, monitor and censor the private communications of people living in Ireland.

Such proposals ignore a long established body of human rights doctrine protecting our important rights including privacy, association, and expression.

Communications that are encrypted from end to end are a thorn in the eye of authorities for obvious reasons. For that reason alone the BAI’s proposals should set alarm bells ringing.

We didn’t and don’t monitor everyone’s mail just because some people use it for nefarious purposes. The same holds for the internet. And let’s be clear. This isn’t just a push to regulate the internet for safety reasons.

It’s a push to regulate the internet because a lot of powerful people don’t like the fact that it is an effective counter to state propaganda. It’s also a counter to lies and distortions promoted in the mainstream media.

And that’s not including the benefit of private, encrypted messaging which allows people and groups to communicate and organise outside of public channels.

Given that the BAI currently regulates television and radio, this move is surprising. There have been proposals in the last 12 months to increase its scope when it comes to journalism. Fianna Fáil have suggested the BAI begin funding “public interest journalism”.

That would pose problems of its own. Yet the BAI seems to think it is the organisation that can and should regulate the internet.

It’s also worth mentioning that the effects of this wouldn’t be limited to Ireland.

Given that major tech companies have their headquarters here, regulations imposed on Facebook and Twitter here are going to affect every one of their users across Europe. I don’t think many Europeans would be keen on the BAI snooping through their private messages.

We’ve seen before what happens when organisations have access to information that is supposedly private and who then use it to further an agenda. Alan Shatter had no problem using information that was leaked to him by former Garda Commissioner Martin Callinan to attack his rivals.

After Clare Daly’s arrest in 2013 for an apparent driving offence, the details were quickly leaked to the media. Added to this is the fact that an “unexpected number” of Gardaí accessed the PULSE records of her arrest.

You’ll also begin to understand that many a grudge will soon be itching to be settled. Regulating the internet is one thing.

There is a legitimate argument to be made that websites like Reddit have never done enough to tackle the racism that flourishes on it.

But that doesn’t mean we should allow a state agency to have access to the entirety of our online selves. But that is what the BAI is proposing. It’s madness. It’s Orwellian.

And for that reason, don’t be so sure that they won’t get what they want.

Bryan Wall is an independent journalist based in Cork. This is an election special. Bryan’s regular column appears here every Monday. Read more of Bryan’s work here and follow him on Twitter:  @Bryan_Wall 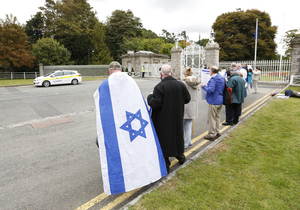 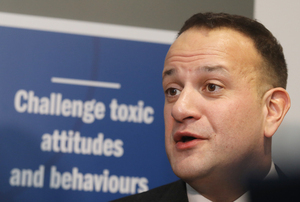 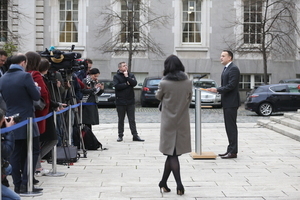