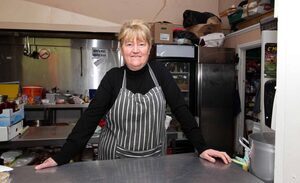 A homeless Cork couple walked more than 10km pushing their toddler in a toy buggy to get a hot meal.

Caitríona Twomey, who heads the soup kitchen charity, Cork Penny Dinners on Little Hanover Street, said that seeing the parents turn up with their toddler in a pram meant for dolls hit a raw nerve with volunteers at the centre.

The husband and wife had just lost their home when their child’s buggy broke.

Given their situation, they were unable to purchase a new one and could not afford transport to the city from Little Island, so they made the gruelling journey to Cork Penny Dinners on foot, pushing a toy pram instead.

If Bodypainting Was An Olympic Sport

“…But Those Beaches Will Be Open For This Weekend.”

23 thoughts on “A Long Way To Penny Dinners”