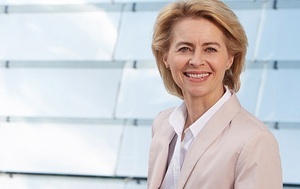 Soberer than the last boss.

“My goal is the United States of Europe – based on the model of the federal states of Switzerland, Germany or the US.”

Who said the European project was to form a United States of Europe? 🤦‍♂️ pic.twitter.com/PuMgAkQbjw

26 thoughts on “Meet The New Boss”