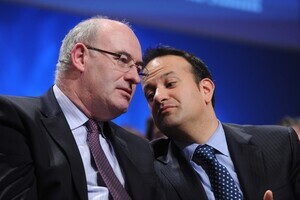 There had been some speculation in recent days that the former Fine Gael minister and election organiser might lose out due to the anger of Irish farmers over the EU-Mercosur draft deal allowing large quantities of South American meat into European markets.

But today the Cabinet is expected to give the former Kilkenny TD the nod for another five years in the post, which has a salary package of €300,000 per year.

Phil Hogan left Irish politics during recessionary times in 2014, as his name was associated with two new taxes, the ill-starred domestic water charges and the local property tax.