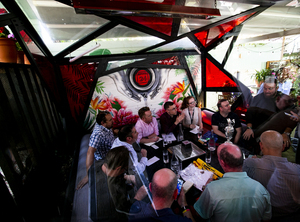 British open winner Shane Lowry chats to the media – including unnamed lookalike reporter – ahead of a homecoming in Clara, Offaly this evening. Do You Care For The Golf At All?