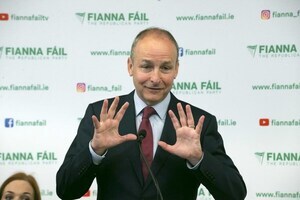 The Irish Examiner reported Micheál Martin received a €30,000 salary bonus in 2018 through the parliamentary activities allowance taking his gross pay up to €124,353.

A total of €8.19m was spent by the eight main parties in 2018 on this allowance which can cover Public Relations, travel and general administration.

A report to be published by the a Standards in Public Office Commission (SIPO) reveals:

Fianna Fáil received €305,353 for “the provision of consultant services, including the engagement of public relations services”.

2 thoughts on “Getting High On Your Own Supply”