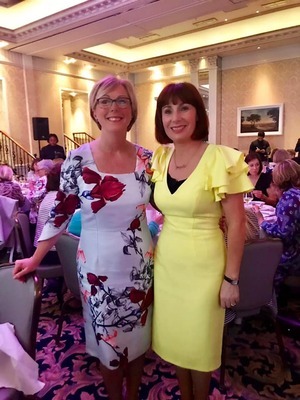 The latest social services card cock-up has now quietened into a familiar waiting game as the minister goes to ground to wait it out.

Maybe the electorate will forget about it like they forgot about Josepha Madigan’s part in the Maria Bailey scandal.

And it’s a safe bet. Because the electorate do forget. They forget everything.

The electorate has electoral Alzheimer’s and the government knows it and if they just wait a week or two, the electorate will forget everything and no one will have to resign; there’ll be no accountability and the media outlets under government control can go to work on reinforcing the idea that there was nothing to remember anyway.

10,000 homeless? Oh yeah, I vaguely remember that. But wasn’t it all their own fault? Of course it was. How else would they be homeless?

Reacting to Fine Gael is like playing catch up. It’s similar, though not as severe, to the experience of American journalists with Trump. One outrage follows another and after a while it just seems easier to believe the lie. They’re working on all fronts. For instance, there is the insanely active area of stalling legislation.

This negative activity apparently has been keeping Fine Gael occupied over the last few years, devising ways to stop legislation without appearing to lose in the Dáil.

They do this by passing a bill to committee stage and then quietly smothering it there. This is how you end up with someone like Maria Bailey chairing committees on housing and ethics. The goals are not necessarily in the titles.

Then there’s the mining licenses. Mayo county council were sued for 2 million by a mining company when they refused a full license after an exploratory license was granted. The mining company acting like a jilted bride scorned by a broken promise.

Fine Gael, for reasons known only to themselves, then issue an exploratory license for mining in Connemara National Park and one of their TDs declares that this doesn’t necessarily mean that a full mining license will be granted.

However, given the Mayo experience, it would seem that they have put a mining company in a position to sue the state. Still, what’s another couple of million? It’s only public money. Plenty more where that came from.

Anyway, his response to the services card debacle was to suggest looking at the legislation to see could it possibly be re-jigged to make the whole thing retrospectively legal.

A lawyer however pointed out that this wouldn’t work since the taoiseach’s remit doesn’t extend to re-jigging EU legislation. The only influence he has over that is in smothering it, particularly social justice legislation.

The fact that he would even think of changing the law to retrospectively forgive the political mistakes of his own ministers should tell you all you need to know about his priorities.

Remember the 170 million to JobPath for a 7% percent success rate? No. What was that? Are those the people who don’t get up early in the morning?

Remember the people dying on trolleys and the corpses in the corridors? That was all made up. Fake news.

Remember the tax breaks for the wealthy and the property market serving the landlords as people fell onto the streets or emigrated? Yeah well, people like emigrating. Irish people always emigrated.

Remember the UN report about the kids being psychologically damaged by homelessness? Oh yeah…kind of… But wasn’t it all their own fault? Shoulda bought houses. Mustn’t have worked hard enough. Mustn’t have got up early in the morning.

You will recall that with the Maria Bailey scandal the automatic taoiseach screened the whole thing off from public view – essentially privatised the problem – and then finally emerged to assert that there was no problem, no case to answer, no illegality whatsoever, nothing to be concerned about, nothing happening here, move on now it’s time for the Summer recess.

And it worked. Everyone forgot.

Even the National Campaign for the Arts, of which I’m a grassroots member, forgot; deciding in their pre-budget submission to thank both Regina Docherty and Josepha Madigan for the tweak in welfare laws that allows grassroots artists to try for a year to turn their art into a business before being dispatched to standard employment activation procedures.

Essentially, the National Campaign for the Arts agrees with Fine Gael that the arts must survive or die by the market; except, presumably, those middle-class funded institutions that the campaign arguably truly represents, who will avail of shrinking funding by being nice and complimentary towards the ministers they rub shoulders with.

Survival in Ireland, no matter what your game is, depends entirely on being accepted at some level by the exploitative elite, represented in all their cronyism by the two major parties.

As Gene Kerrigan put it, another week another scandal and the same strategy of waiting and doing nothing until the electorate forget, as they always do.

Kerrigan said that Fine Gael had contempt for the public and wondered must Fine Gael call personally to every door in the country and punch the occupants in the face for them to get the message.

But you can hardly blame Fine Gael. They know by now, from stalling and smothering legislation; from concealing and waiting, that the best way to lead a people with Electoral Alzheimer’s is to do as little as possible policy wise, working private angles to divvy public monies to favoured clients while targeting politically inconsequential scapegoats for the sleepy public to gnaw on.

Contempt works! The public forgets everything. How could you respect them?

They get exactly what they ask for. 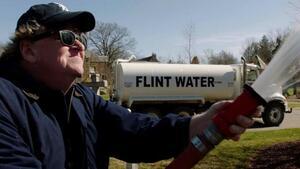 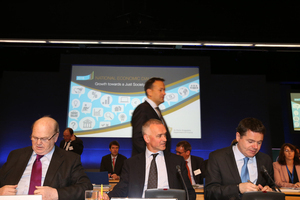 Eamon Kelly: Was Austerity A Scam?

51 thoughts on “Eamonn Kelly: Forget Them Not”