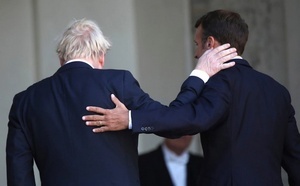 Macron plays along with Johnson’s 30 day Brexit deadline, for diplomatic reasons, but then adds there is very little chance of renegotiating the withdrawal agreement. Msg is clear from France: we want to be seen to have given you one last chance but….