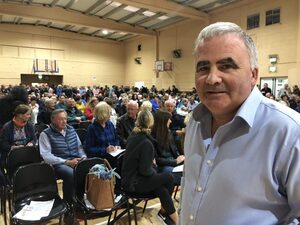 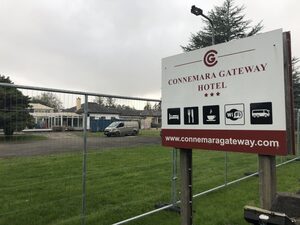 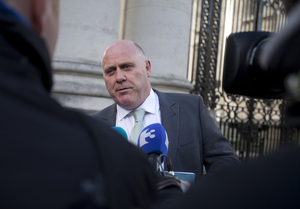 There's a meeting in Oughterard, Galway, tonight regarding the potential opening of a direct provision centre in the area. Noel Grealish, an elected TD, just stood up and said that the majority of African people in Ireland are "economic migrants here to sponge off the system".

A public meeting took place in Oughterard, Co Galway, amid rumours that Connemara Gateway Hotel – which has been closed for more than 10 years – is to be used as a direct provision centre.

The 60-room hotel is being refurbished while a tender process is under way to find locations for new direct provision centres in the west of Ireland.

According to Teresa Mannion’s early morning report on RTE today local councillor Thomas Welby called the meeting while, according to an The Irish Times report by Bernie Ní Fhlatharta,  Cllr Welby told those present that neither he nor any of the other politicians present – including Minister of State Sean Kyne and Independent TDs Catherine Connolly or Noel Grealish – had any knowledge of any plans for the hotel.

Neither RTÉ nor The Irish Times reported this morning on comments that were allegedly made by Independent TD Noel Grealish at the meeting.

However, RTÉ has since reported that Mr Grealish told the meeting that the majority of Africans coming to Ireland are “economic migrants” in the country “to sponge off the system”.

According to a second lunchtime report by Ms Mannion, Mr Grealish also reportedly said they would not be Syrians from what he called “good Christian families”.

This morning, on RTE’s Today with Seán O’Rourke, Ms Ni Flatharta did report on the comments that she recorded as having been made by Mr Grealish and Galway TD Catherine Connolly confirmed Ms Ni Flatharta’s account of what was said.

Ms Connolly, who believes between 750 and 1,000 people were in attendance at the meeting, told Mr O’Rourke:

“It was overwhelming. I found it difficult to get up to the top table where we were sitting.  I went to that meeting, as I do to all meetings really. But I inquired what it was about and I was told it was about an unauthorised development.

“I sat there and listened to it. I have to say, at various stages, it was very troubling – some of the comments made. Having said that, I understood the genuine anger of the people.

“And I sat there and listened. And comments were made exactly as the journalist has outlined. Including that ‘they weren’t Christians being persecuted’ which was, I took a note. ‘We’re not talking about the persecuted Christians’ amongst other comments.

“Now, I have to say, that did not reflect the conflict, the people that were there. But certainly the anger was palpable. I had to use all my energy to stand and get my thoughts together in relation to this matter.

“Now I sit on a Public Accounts Committee and I’m very familiar with it from the money point of view. And I gave out, I tried to correct some of the facts that were given out as facts and because wrong figures were being given.

“I was heckled myself at one or two points. And I reminded people that I was there as a TD in a very friendly town and I must say that the vast majority of people, almost all of them, listened.

“I think that, I’m 100% behind the people if it’s about an unauthorised development, I have no time for unauthorised developments. In relation to this direct provision, I can see where people are coming from, in the sense of the Department of Justice has simply never learned any lessons from debacle after debacle and they’re clouded in secrecy and there’s no openness and accountability.”

Mr Grealish has yet to comment on the matter.

“We’re not talking of good Christian Syrian families who were persecuted and hounded out of their own country by Isis.

“More than likely it will be economic migrants from Africa who are coming here to sponge off us.” 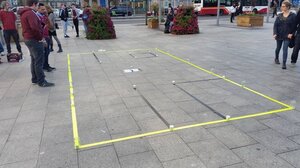 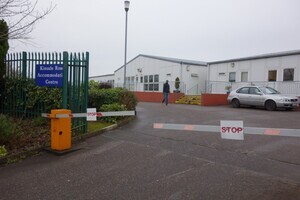