The party has released the following statement:

This headline has caused a flood of online fury – and rightly so, because a suggestion like that would be ridiculous and impractical. It would be tone-deaf to needs of our rural communities, and frankly insulting to people who are dealing with a total lack of any public transport on a daily basis.

But the truth is – this headline is totally inaccurate.

The Green Party does not stand for restricting car ownership, and to state otherwise is a huge misrepresentation of the party position and of Eamon’s comments.

What Eamon Ryan proposed was that car sharing could provide people in rural Ireland with extra options.

So cars AND car sharing.

The reason for this is simple. Lack of investment in rural transport means thousands of people are locked-in to car dependency. Meanwhile, thousands of young people have been locked-out of car ownership in rural Ireland because of sky-high insurance costs. People want and need options. They need a way of getting around that is much cheaper and may provide an alternative to the cost of owning and running one or more cars.

Car sharing schemes won’t work everywhere or for everyone, but there are rural communities who are already doing this. In Cahersiveen, locals have started a carpooling group, and Clare County Council are piloting a scheme as part of their Rural Development Strategy.

So what are the facts?

In our budget submission, we committed almost half a billion Euro to public transport. We are the only party with a costed budget to come anywhere close to the level of investment and ambition that will make an impact for people in rural areas.

That means new bus routes serving communities and areas that have never been served before.

It means a big increase in frequency of services on existing routes.

And the Green Party proposal is for sustained investment at that level.

We deeply regret the hurt that has been caused to rural communities. We are facing a climate emergency, and the impact of that will disproportionately hit rural areas.

We want to prevent that. Carpooling is one idea that might work for some people in some areas. It’s not Green Party policy. It’s not even a Green Party idea – carpooling was debated by the Joint Oireachtas Committee on Climate Action, where Fine Gael, Fianna Fáil and Labour all voted in favour. 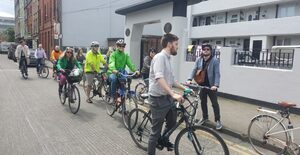 Like to join me on a whistle-stop bike tour of decent public housing in Dublin tomorrow?

Earlier: “What Is Going On At The Heart Of Government?” 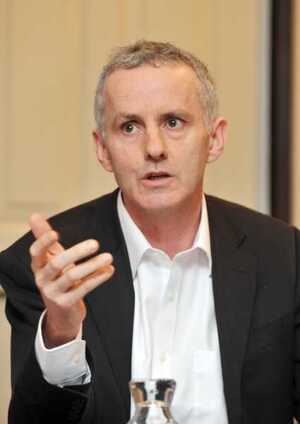 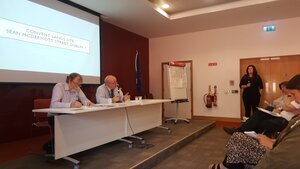 A History Of Public Housing