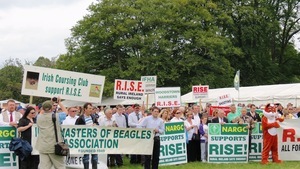 I allowed myself a wry smile when I learned that Paul Murphy’s new political vehicle would be called RISE.

I wasn’t smiling at the another amoeba on the outskirts of the Irish Left. I find that not only sad but also sadly predictable.

My mirth was in remembering another recent Irish political movement, also stylising itself RISE, an acronym that then stood for Rural Ireland Says Enough.

The well resourced and organised group set up to oppose the Green Party for what it claimed were attacks on the rural way of life.

What annoyed me then was that the 2010 RISE agenda actually quite narrow.

As expressed by the two thousand protestors who gathered that year outside the Tower Hotel in Waterford, where the Greens were holding its party convention, the main attack on the rural way of life seemed to be the audacity of introducing a bill to prohibit stag hunting.

Of course this was conflated as being the thin edge of the wedge, the start of a process that would see all ‘rural’ pursuits being eradicated.

My own tolerance on this is less than what it should be. The use of rural as a prefix meant to always assume goodness or wholesomeness is something I have never understood or accepted.

My intolerance extends to the identification of any pursuit as being specifically rural or urban or suburban. It is the pursuit itself that should be examined and/or criticised, not its locale.

Rural Ireland has and has had much to complain about. It has seen decades of dimunition of services. It has suffered a myriad of closures of railway stations, garda stations, post offices and schools.

What angered me in Waterford in 2010, when as chair of the Green Party I met with some of those participating in the RISE protest, was why was there such manufactured anger over something quite trivial, when rural communities have had so much to be actually angry about?

The Greens were the focus of rural anger then. We continue now as we have been since our being founded, to be seen as a bogeyman intent at undermining Rural Ireland and what it represents.

The irony here is that rural voters vote in larger numbers for the traditional centre right parties, the parties that in government have overseen the death by a thousand cuts that have occurred in Rural Ireland.

Where voter rebellion has occurred it has been in a slippage of votes towards gombeen independents, those otherwise intelligent people who resort to stereotypes to get and stay elected.

Those of us who live urban areas are not as removed from Rural Ireland, as the keepers of that flame often portray us as being. Many of us have parents or grandparents brought up in rural communities.

Nor are rural communities themselves as homogeneous as they are portrayed. Scale of population and distance work against the development of rural communities, but there is no shortage of people willing to think and act differently to bring about such change.

But sure it’s all The Greens fault anyway. 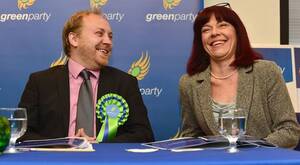