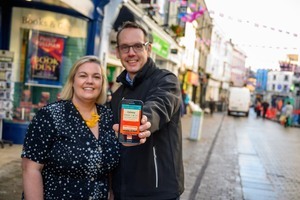 Gill Carroll of the Galway City Business Association and Philip Clapperton, Sales Director Magnet Networks at the announcement of the doubling in size of the Galway Free Wi-Fi scheme.

Galway has been confirmed as Ireland’s largest Wi-Fi connected city, with the doubling in size of its hugely popular free public scheme.

A new extension to Galway Free Wi-Fi, which officially opens this week, sees it expand from 13 to 35 access points.

….Over 150,000 people have already used the service, with usage trebling in the past year and is expected to increase by a further 100% with the launch of the expanded network.

The public-private partnership – which was the first of its kind in Ireland – is operated in conjunction with the Galway City Business Association… Local businesses have allowed Magnet Networks to install access points on their premises, providing seamless connectivity within the city centre…. 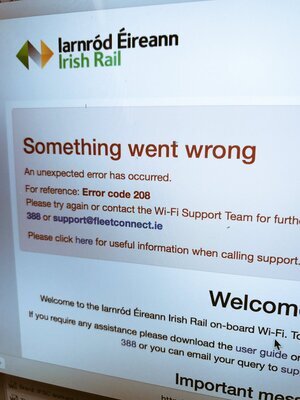 We’re Not There Yet

5 thoughts on “Meanwhile, In Galway”