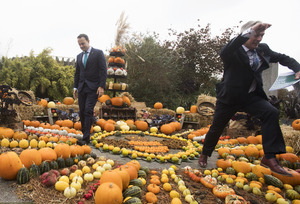 From top: Taoiseach Leo Varadkar (left) and Minister for the Environment Richard Bruton at the launch of the First Progress Report on the Climate Action Plan 2019 in the Botanic Gardens, Glasnevin, Dublin last week; Dan Boyle

I’m beginning to understand An Taoiseach’s alternative thought patterns that bit better. The need to be popular sees him promote alternate realities, actual reality being too hard to sell.

In these alternate realities we should be happy that as a country we have Direct Provision for asylum seekers, rather than giving them tents, which apparently is an option.

The number of asylum seekers, as stated in the gospel according to Leo, has not yet reached ‘swamped’ levels in Ireland.

However eternal vigilance is needed, says An Taoiseach, to avoid such ‘swamping’. He has then gone on to identify which asylum seekers from where are to be least trusted. A vital public service.

But it is his cheery take on climate change that has me most convinced. How we have lacked having such a visionary in our lives? Our priorities have been askew. Ireland’s far higher than average carbon emissions should be seen as a route to a better future.

Balmier winters producing a longer living, healthier, population is an idyll we have been avoiding for far too long.

With this as the new focus of government policy, why bother needing to take responsibility for the existence and the level of fuel poverty?

What further pearls of wisdom then await us? Perhaps a devastating put down of the risks of sea level rises on the basis that it will create shorter distances to the beach (new beaches, that is, without sand)?

As a country we could do with more of the unfettered optimism that An Taoiseach, along with some of his cabinet colleagues, are giving when delivering a progress report on their National Climate Action Plan.

The report is claiming that an 85% success rate is being achieved. How brilliant it is to be so tantilisingly close to perfection, and yet to continue to be so badly failing in the main reason for having a Climate Action Plan – ever increasing carbon emissions from Ireland.

Not only is An Taoiseach a master of alternate realities, he is also a genius of counter intuitive thinking.

This government promotes a National Development Plan and a Climate Action Plan, as flagship elements of policy that the government claims are mutually compatible.

They are not. Given that the Development Plan is seen, by the government, as being more equal, it is clear that it carries more deeply the government’s imprimatur.

The prioritisation within the Development Plan will see favoured infrastructure projects becoming fast tracked, the completion of which, of each, will see additional carbon loadings being placed on already vastly exceeded levels.

Maybe this is disjointed rather than counter intuitive thinking.

I don’t think An Taoiseach has properly thought his pleasant Winter scenario through. More people living longer because of warmer winters, means more pension payments, greater use of free travel, and more stress on the health service.

The people who get up early in the morning to go to work may not be so happy about that. 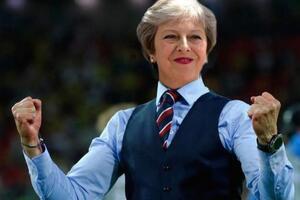